Renowned visual artist Robyn Kahukiwa has been named the Supreme Award winner in recognition of her extensive career as a painter, illustrator, sculptor and author, as well as her unyielding political and cultural commentary.

Creative New Zealand Chief Executive Stephen Wainwright says, “Te Reo Māori and Ngā Toi Māori are increasingly important in defining who we are as New Zealanders. Among this year’s recipients are some of the most innovative and challenging commentators of the Māori arts world and Creative New Zealand is once again proud to recognise their excellence and leadership that is particularly needed in this difficult year for the arts.”

In response to changing COVID-19 alert levels, this year’s awards were held online in a one-hour award ceremony hosted by actor, singer and director, Mere Boynton.

“Moving to an online format has made it possible for a global audience to join us in recognising the outstanding achievements of these 13 recipients,” says Mere.

In recognition of leadership, excellence and outstanding contribution of a senior ngā toi Māori artist to the development of ngā Toi Māori.  $25,000 award. 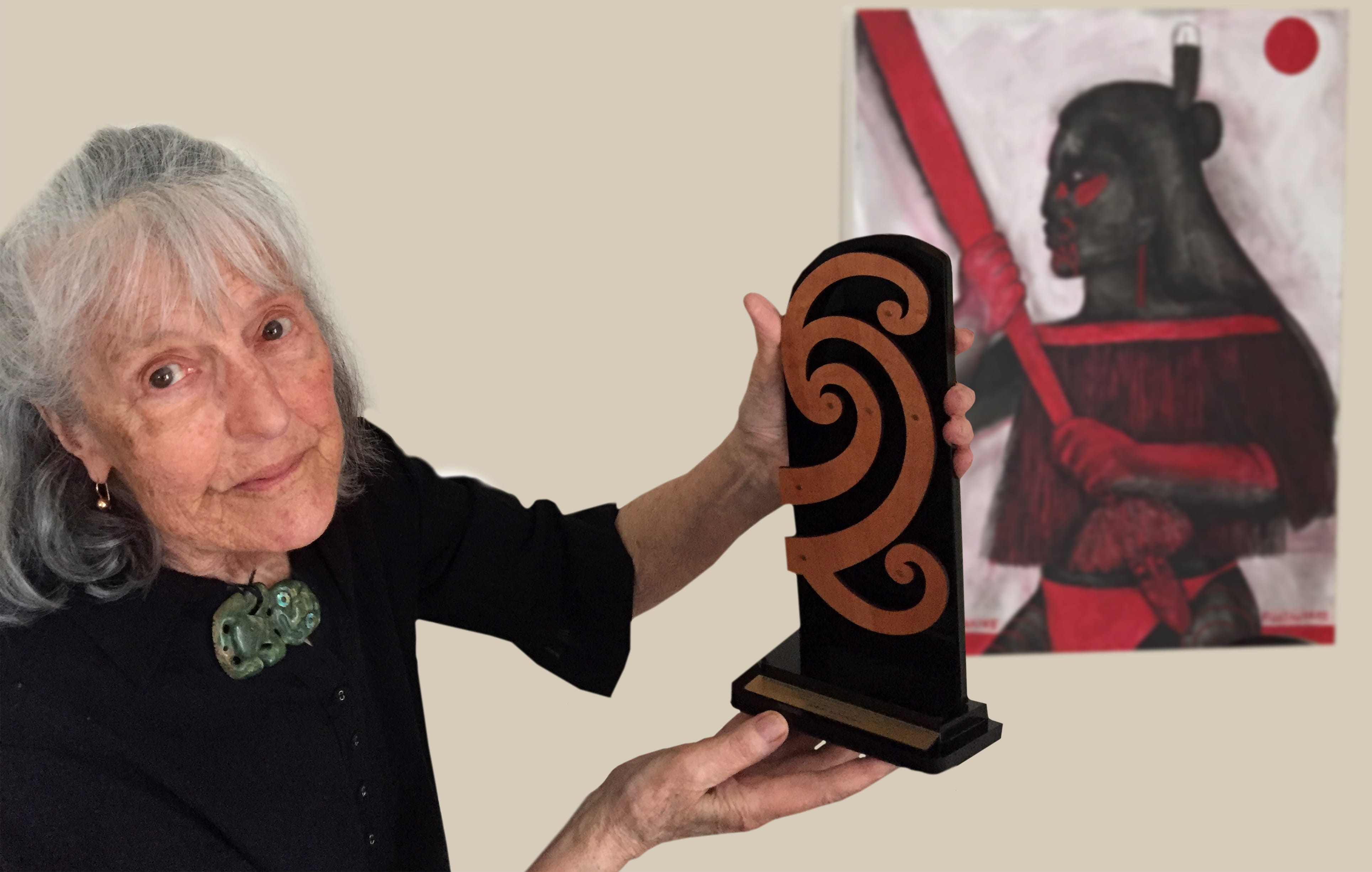 Robyn Kahukiwa is renowned for affirming her strong Māori world view through her extensive body of paintings, illustrations, prints, sculptures and books.

Awarded to kaumātua/kuia in recognition of their contribution to strengthening the continuity of Māori culture through their support of ngā Toi Māori. $15,000 for each recipient.

Recognises leadership and outstanding contribution to the development of new directions in Māori art. $10,000 each award.

Recognises the contribution of a Māori artist with the lived experience of disability to the standing, and standard of Māori arts in New Zealand and/or internationally. $10,000 award.

Recognises an emerging artist or collective showing potential in their artform. $10,000 per award.

Since 1986, 291 leading Māori artists and practitioners have been recognised through these prestigious, national, annual awards that acknowledge excellence and achievement across all artforms including marae arts (traditional, marae-based artforms such as karanga,  carving, and weaving) as well as contemporary artforms such as theatre, literature, film, photography, sculpture and visual arts.