Seven Pacific award recipients have been recognised for their excellence, innovation and contribution to Pacific arts in the Creative New Zealand Arts Pasifika Awards 2021 announced today.

The awards have been offered annually for the past 25 years, since 1996, and are the only national awards for Pasifika artists across all artforms. They range from contemporary to heritage arts, and across a range of stages in the artists’ careers - from emerging to established.

“Pacific arts are a cultural touchstone for the whakapapa and whanaungatanga between Aotearoa and Moana Nui a Kiva. The 2021 award recipients are making an invaluable contribution to our nation’s identity.

“Over the past 25 years the Arts Pasifika Awards have grown, with increased investment and the addition of the Pacific Toa Award, recognising the excellence of those with the lived experience of disability within the community.”

Introduced in 2019, the Pacific Toa Award is one of many significant new opportunities and initiatives created under the Pacific Arts Strategy 2018 – 2023.

There will not be an official live awards event this year due to COVID-19; Creative New Zealand is planning an intimate online event with the Arts Council, award recipients and their families in December.

The 2021 Arts Pasifika Award recipients are:

– recognises the contribution of a senior established Pacific artist in maintaining or developing their artform in New Zealand. 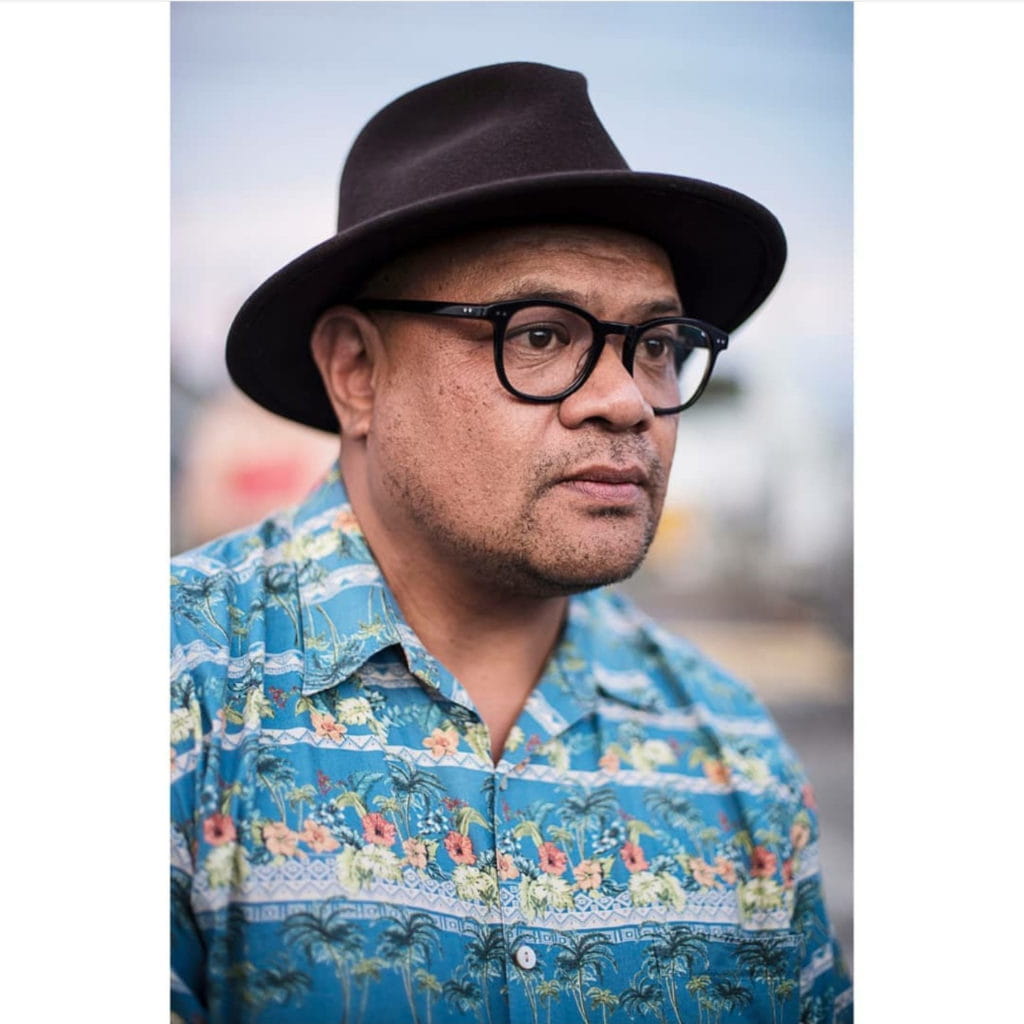 His work sits between modern and post-modern Pacific Art. At times his confrontation of issues of social, cultural and political Samoan diaspora from a New Zealand-born Samoan (Kamoan) perspective has drawn the ire of more conservative communities but he believes such issues and weaknesses need to be addressed openly. In the early 2000s his work shifted, becoming more universal, focussing more on the human condition while exploring alternative worlds.

He was awarded a scholarship to AUT and received a Master of Fine Arts with honours in 2002. He has exhibited throughout New Zealand and to date has had close to 90 solo exhibitions as well as numerous group exhibitions in Australia, Cook Islands, Germany, Taiwan, England, Hungary, Slovakia and the USA.

– recognises an artist or group who has made a major contribution to maintaining, reviving or promoting a Pacific heritage artform in New Zealand. This may include language, dance, traditional music, weaving or tatau. 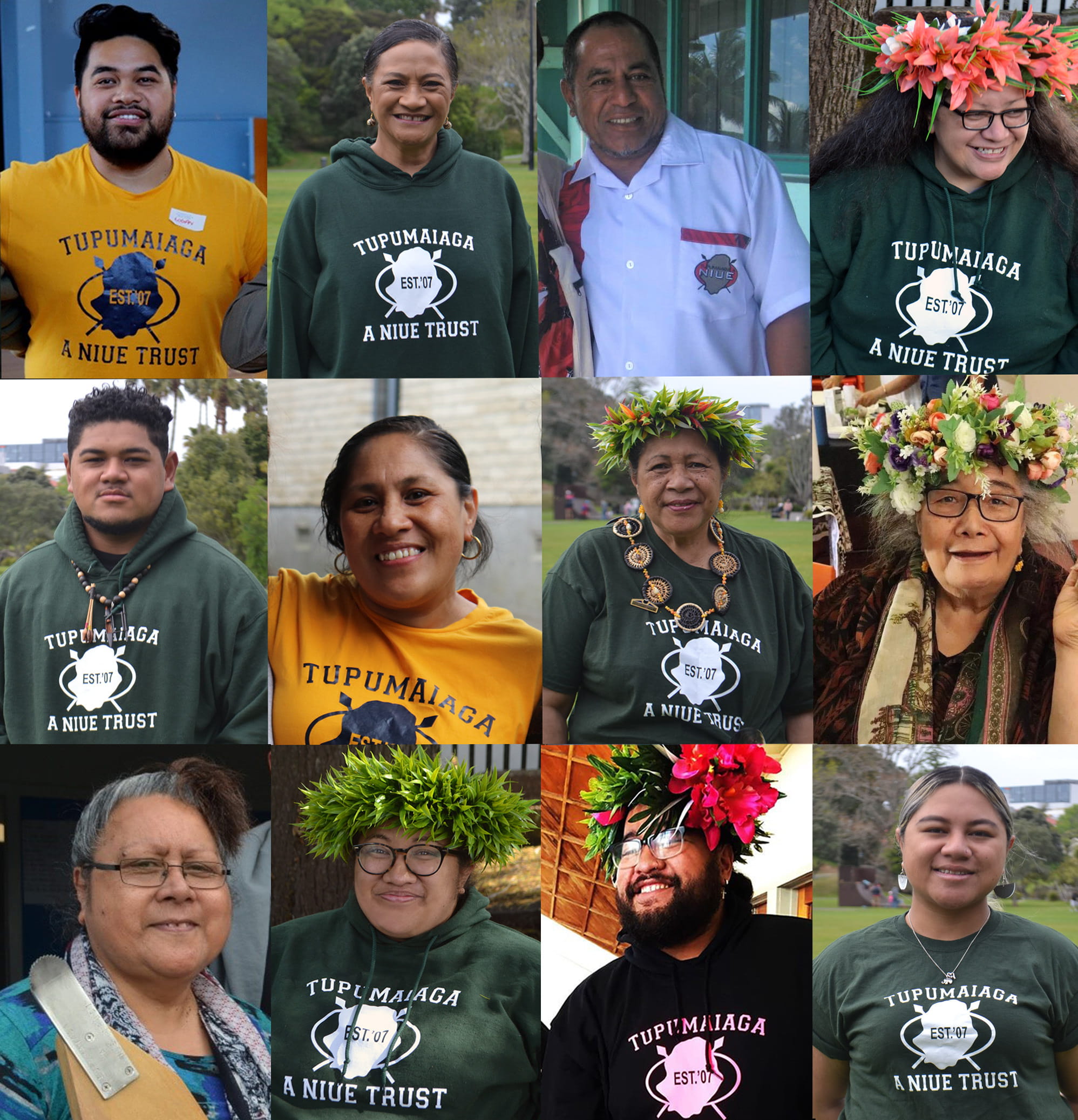 The Tupumaiaga A Niue Trust is one of the leading Niue organisations actively providing workshops for Niuean youth and families in the wider Niuean community.

Since its 2007 start, the Auckland-based Trust has played an active role in growing the wellbeing of Niuean people through creative and heritage arts workshops run during school holidays, reaching communities across Aotearoa, Australia and Niue. These have included making model vaka, war spears (katoua), log drums, weaving, pillowcase embroidery and sewing traditional bedsheets. Participants also learn language through performance arts such as the meke, ta me and the takalo war dance.

The Tupumaiaga a Niue Trust welcomes anyone who wants to learn about Niuean people, language, heritage arts and culture.

– recognises an artist who has demonstrated innovation within their artform. Artists must have a track record and have achieved in their chosen field. Recognition will be given to those who work in a unique artform, or those who continually push the boundaries of their practice. 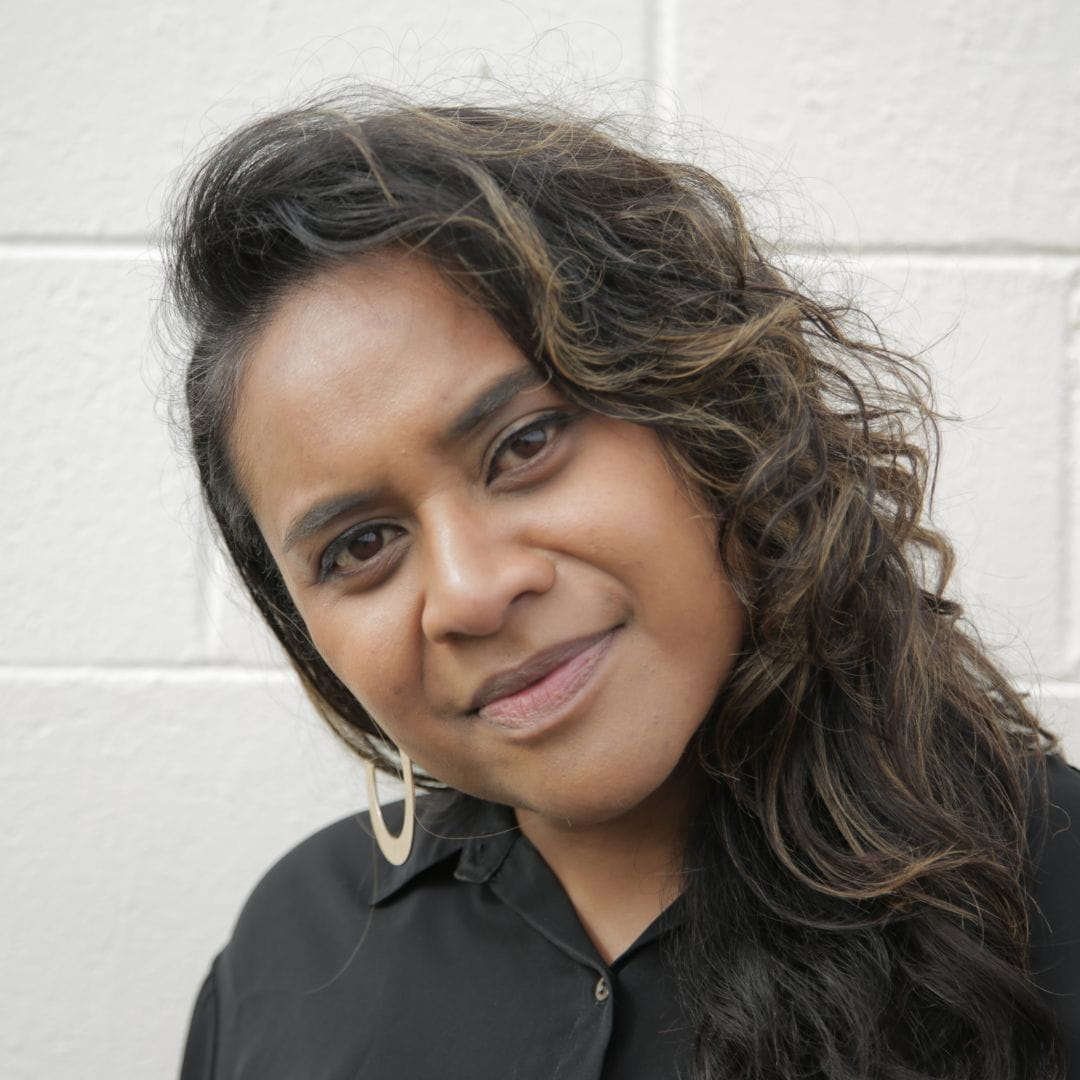 Tupe Lualua is an artist who combines her passion for community, social justice and Siva Sāmoa to consistently create influential works of art. She has served as a passionate teacher of movement and culture in various spaces, holding three key teaching roles across Wellington. They include her current role as the Senior Tutor of Movement and Creative Practice at Toi Whakaari: New Zealand School of Drama since 2020; Lecturer of Performing Arts at Whitireia New Zealand 2009-2019; and interim Lecturer at Victoria University for Pacific Studies - PASI 101: The Pacific Heritage in 2017, where she was hand-picked by the late Associate Professor Dr Teresia Teaiwa to lead this class. In addition, Tupe teaches in various spaces throughout the Wellington region and engages with communities from all walks of life.  This includes local schools, community groups, international representatives, government organisations and inside the justice system.

As the Artistic Director of Le Moana Arts and the annual Measina Festival of Contemporary Pacific Dance and Theatre (established 2014), Tupe identified a significant gap in the arts sector for services and resources dedicated to emerging Pacific artists. As a result, Le Moana was created and today serves as an integral springboard for cutting edge theatre.

– recognises the recipient’s special contribution to the standing, and standard, of Pacific Arts in New Zealand and/or internationally. 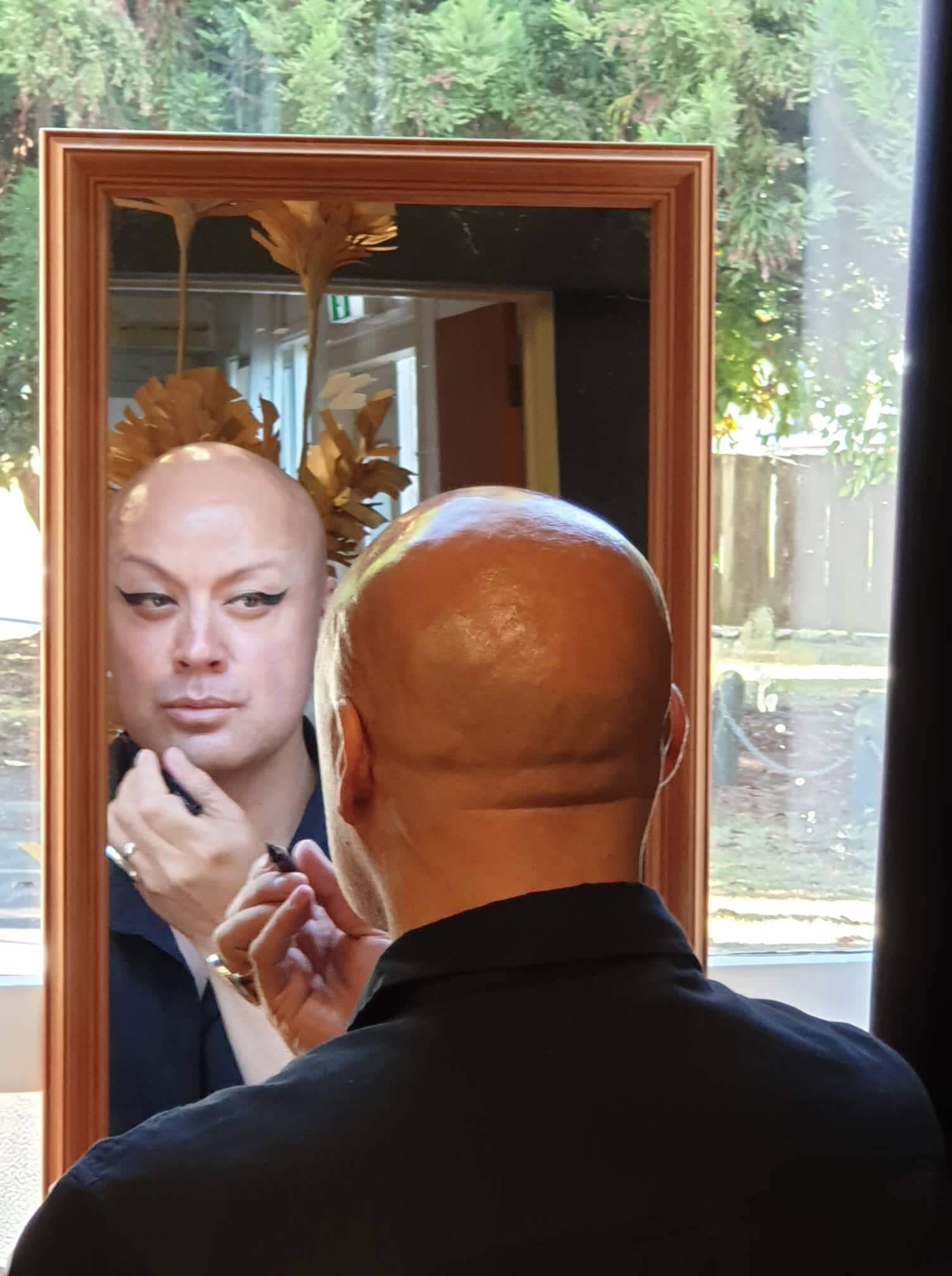 Lindah Lepou is a pioneering multidisciplinary artist whose activism and creative practice, which includes fashion, theatre, film and television, has paved the way for generations of Pacific artists and practitioners.

In the early 1990s as a young solo fa’afāfine performance artist Lindah formed the performance group Pure Funk alongside Raphael Thomson and later Ramon Te Wake and Phylesha Acton-Brown. The group performed in Wellington’s night club scene, which became a platform for Lindah’s choreography and fashion designs and a support network for group members. At the time, the group presented something quite distinct from Wellington’s well-established drag scene as they presented a culturally defined performance art that embraced their identities as fa’afāfine and takatāpui. Pure Funk had national reach and featured in music videos, including a Coca Cola television commercial, at a time when it was incredibly rare for fa’afāfine and takatāpui to be present in mainstream media.

The performance gafa (genealogy) of Lindah extends to several drag artists, including Edward Cowley aka Buckwheat, Harold Samu aka Bertha, Yuki Kihara and the late Siaosi Mulipola aka Shanaenae. From within this community emerged another multidisciplinary collective, the Pasifika Divas, who premiered at the 4th Asia Pacific Triennial at the Queensland Arts Gallery in 2002. There they introduced their distinctive style of performance, blending music, live performance, choreography, fashion and digital projection. Through their work, Lindah and her contemporaries introduced a ground-breaking multidisciplinary in Pacific art that can be seen as the foundation for recent multidisciplinary collectives including Fafswag and Fine Fatale.

– recognises the contribution of a Pasifika artist with lived experience of disability to the standing, and standard, of Pacific arts nationally or globally. The award recognises an individual whose work, influence and commitment has raised the standards, expectations and reputation of Pacific arts and artists. It may be awarded to any art form or for arts management. It could be for an ongoing contribution to a local, national or global success story. 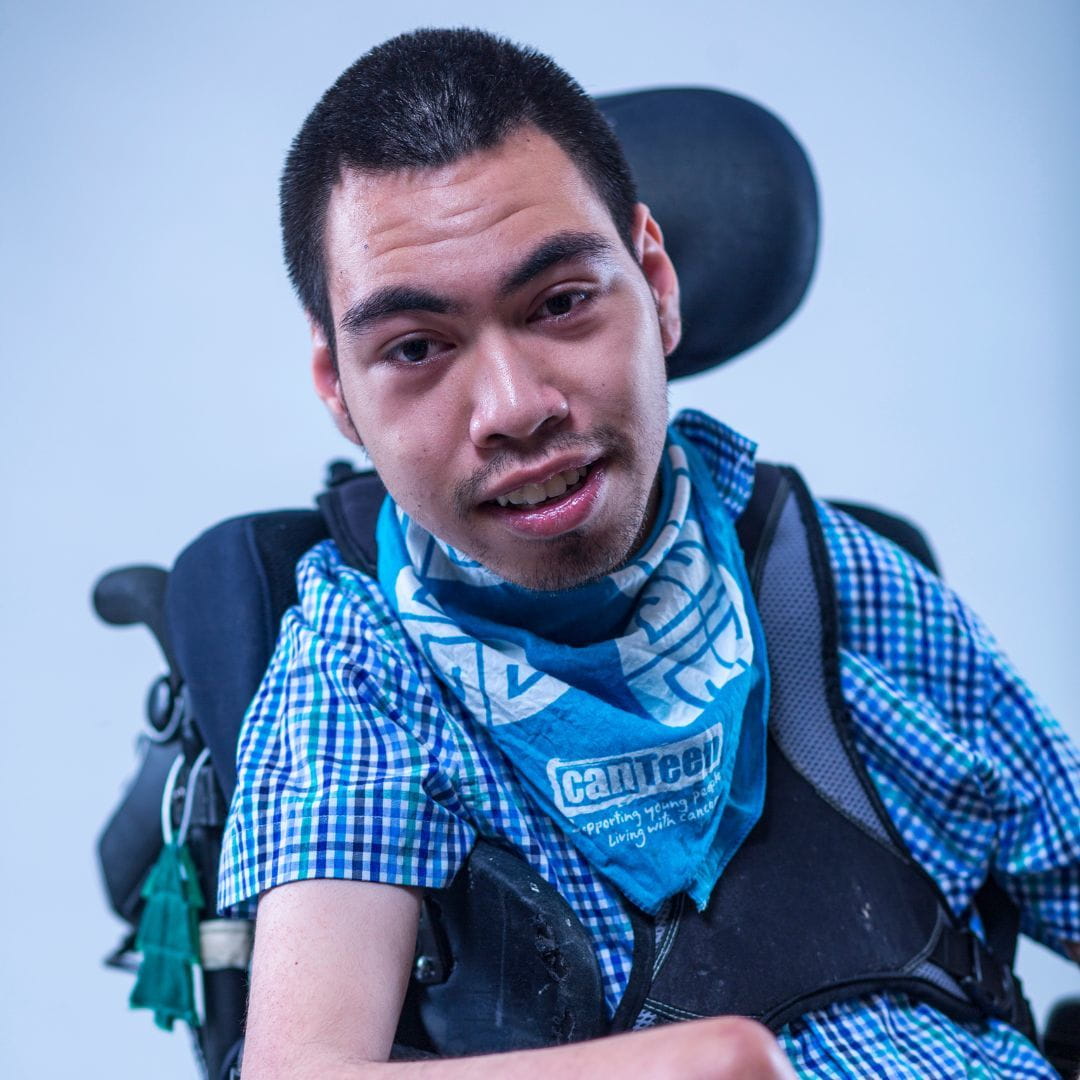 Ronnie Tua is an artist who experiences Cerebral Palsy, a term used to describe a group of disabling conditions which affect movement and posture. Despite not being able to talk, walk, feed himself or express himself in the ways many of us who are abled can do - Ronnie teaches us all resilience and the importance of giving everything a go. His leadership, service and commitment to arts accessibility and inclusiveness in the arts is well-known and respected in the arts community. In 2017, Ronnie and his classmate scooped the Judge’s Choice Award and a $15,000 prize at the Focus on Ability Short Film Festival in Australia; an Australian-based competition, open to entrants worldwide, which aims to raise awareness of the abilities of people with a disability.

Since 2018, The 312 Hub has been fortunate to have the support of Ronnie and his mother, Antonia, in various ways. These include establishing the very first youth advisory group known as 'The Table’ for The 312 Hub, contributing his talents in storytelling across a number of arts projects and educating the wider team on making the Youth Arts Space more accessible for people with 'super powers’.

– recognises an emerging artist showing promise and potential in their chosen artform. The purpose of this award is to recognise achievement at this developmental stage ensuring that the artist will develop their career in their chosen field. 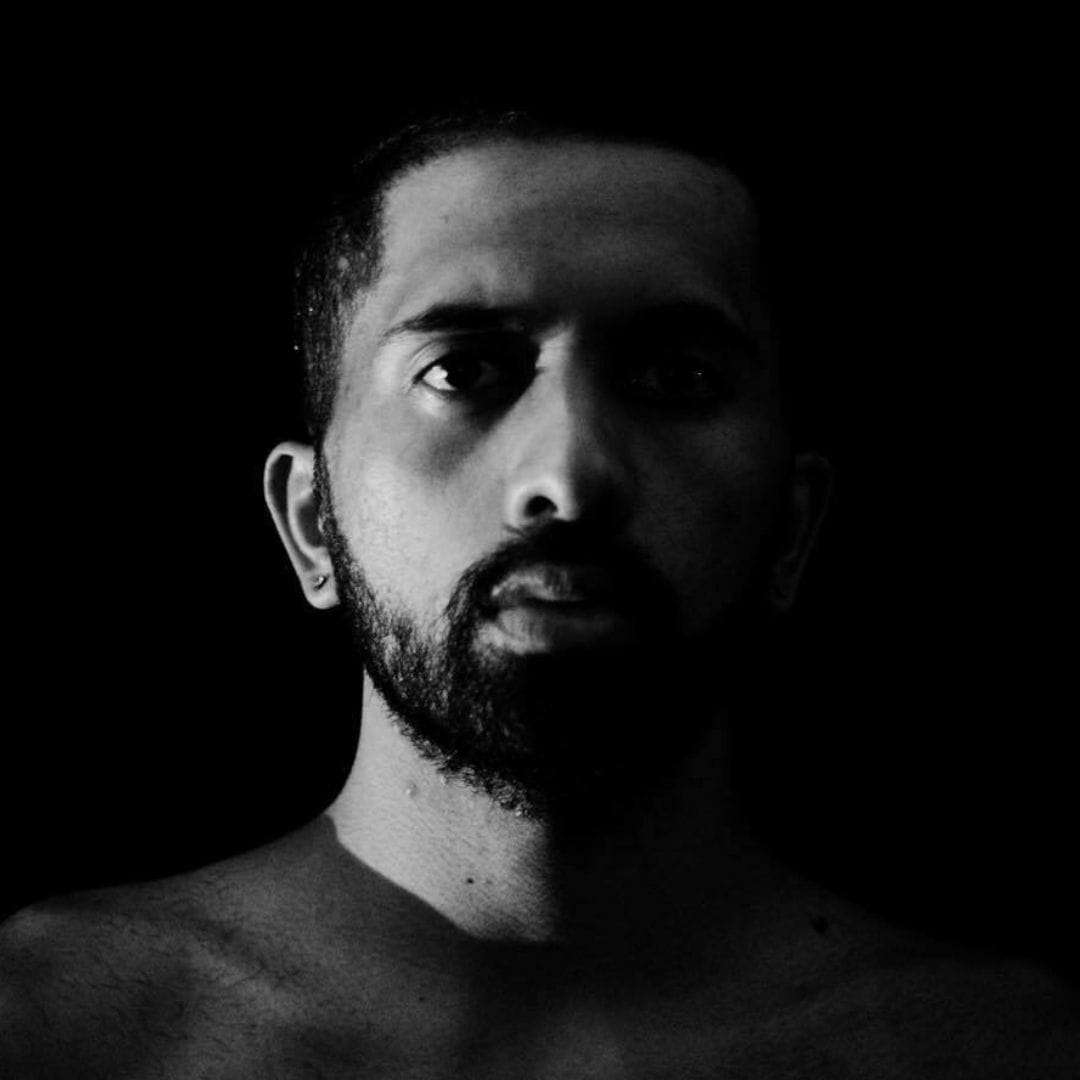 Vivian Aue is a renowned Pacific contemporary dance and fashion artist of Cook Islands descent. He is well known in the New Zealand Cook Islands and Pacific dance community for his service through traditional and contemporary Cook Islands and Pacific song and dance. Vivian is the cultural leader of the Vaka Takitumu Cultural Group NZ and the Artistic Director of AUĒ Dance and Fashion Company NZ. Vivian’s work in both collectives involves organising, planning, choreographing, composing, teaching, designing, creating, styling and leading an intergenerational powerhouse of Pacific artists. Also a dance teacher at Auckland’s James Cook High School, Vivian comfortably jumps from traditional to contemporary work and back again.

A graduate of the University of Auckland Bachelor of Dance Studies programme in 2014, and receiving a Postgraduate Diploma in Dance in 2015, Vivian has choreographed and performed nationally and internationally. His work traverses different stages and platforms, from theatre to corporate to community, showing how adaptable and versatile he is as an emerging artist.

– recognises the contribution of the late Iosefa Enari to the arts, in particular his pioneering role in Pacific opera. This award supports the career development of an individual Pacific singer, musician or composer across all classical genres and career stages. 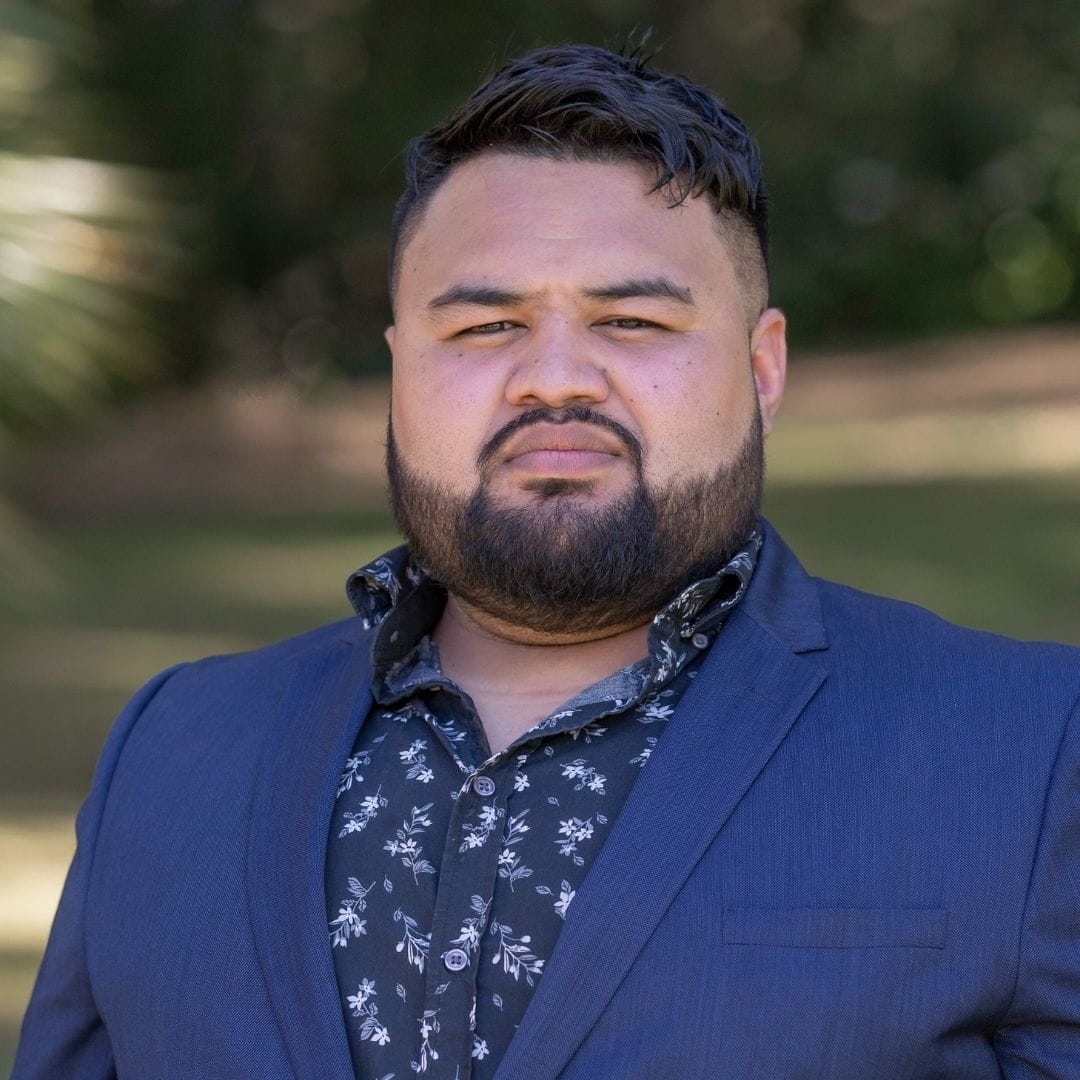 Ridge is a proud born and bred 26-year-old Cook Islander who has completed his Honours Degree in Music at the University of Otago, majoring in classical voice performance under the tuition of Judy Bellingham. Ridge is from the Islands of Rarotonga, Atiu and Manihiki and was raised in the village of Nikao/ Rangiura. He was first discovered in 2013 by English teacher Brenda Rudolph, who first heard Ridge singing outside her classroom and saw his potential to become an opera star.

In Dunedin, Ridge has sung in many local concerts and appeared in a number of Opera Otago presentations. He has been a guest artist at Opera North annual concerts and at Opera in the Cove. In 2020 and 2021, Ridge attended New Zealand Opera School. Returning home to perform for his people has always been a dream of his, to give back to the community for their ongoing support of his journey. Ridge hopes to open doors and lead the way for more young and talented Cook Islanders to have access to opera and hopefully take it up as a career.