“I congratulate Marilynn for this award recognising her outstanding body of work over many years, which is a significant contribution to Ngā Toi Māori and also to art in this country.”

In all 13 awards were presented to 12 of New Zealand’s most talented Māori artists, advocates and community leaders. The awards recognise excellence and achievement across all artforms including marae arts (traditional, marae-based artforms such as carving, and weaving) as well as contemporary artforms such as theatre, literature and visual arts. 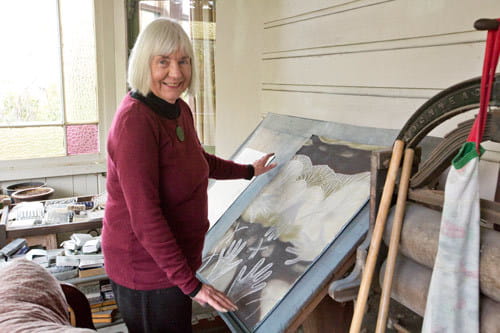 Marilynn Webb ONZM is a Dunedin-based artist of international repute.  Regarded as one of this country’s most distinguished and influential artists; she is best known as a print-maker and more recently for her pastels, which continue to explore the concepts of land conservation, ecology, Māori, women in art, political issues and post-colonial history. The natural environment and landscapes, in particular those of Otago and Southland, have been a constant theme of her work. She translated the dominant narrative of 1970s “Think Big” projects into passionate advocacy for the environment in her most politically charged work.  She has featured in more than two hundred exhibitions and symposiums in New Zealand, and overseas. 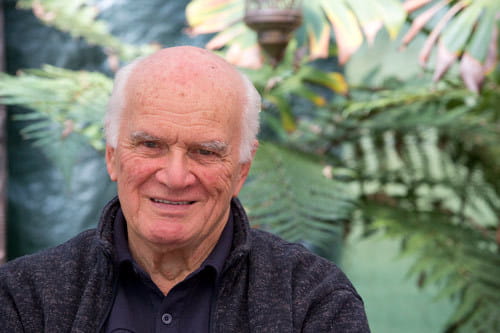 Sandy Adsett is a leading figure in contemporary Māori art who has exhibited internationally. He is a painter with experience in carving, weaving, costume and stage design who has been active in marae decoration and restoration.  A true exponent of merging the traditional with the contemporary, his distinctive style has been particularly influenced by the design of kowhaiwhai (rafter patterns) in work easily recognised through intricate overlays of acrylic on board. Initially an arts specialist for the Department of Education’s Advisory service, it was while engaging in the introduction of a new Māori Arts focus in the 1961 school arts syllabus that Sandy became influenced to take a Māori focus for his own creative work. A former winner of the Montana Art Award, he was made a Member of the New Zealand Order of Merit for his services to art in 2005. 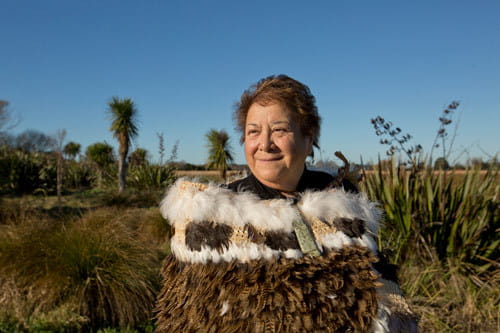 Ranui is one of New Zealand’s leading weavers and has dedicated much of her life to her artform. She lives in Ōtautahi (Christchurch) today but spent many years in Otira, Westland with her whānau.  Ranui has become an expert in the techniques, natural fibres and materials that her Ngai Tahu ancestors used to make their protective clothing as they crossed the South Island’s mountain ranges.  Her work has been exhibited nationally and internationally. She was a foundation member of the Mātauranga Māori Cultural Club in Westland and was the tutor and leader of the West Coast contingent in the powhiri to Queen Elizabeth II and the athletes at the 1974 Commonwealth Games in Christchurch. She also co-authored The Art Of Māori Weaving: The Eternal Thread: Te Aho Mutunga Kore with her sister Mirama Evans, and continues to pass on her weaving knowledge today to help preserve the artform. 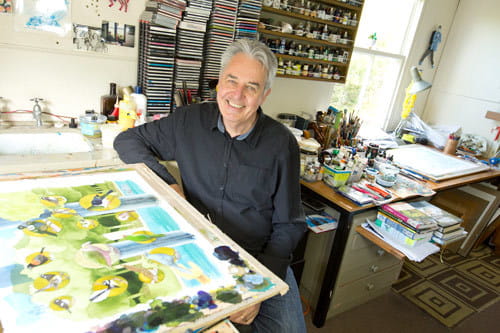 Gavin Bishop is a prolific children’s writer and illustrator of local and international acclaim. His distinct ink and watercolour illustrations and stories – both original and based on traditional Māori myths and legends – have made him one of this country’s most successful children’s authors. As a picture book author and artist he has published 70 books that have been translated into twelve languages and won numerous awards. He has also written the libretti for two children’s ballets for the Royal New Zealand Ballet. From Ōtautahi (Christchurch), many of his stories are set in or around his home city. These include Mrs McGinty and the Bizarre Plant, Bidibidi, and The Horror of Hickory Bay. Other works, such as Katarina and Hinepau draw on his bi-cultural heritage. Gavin has been shortlisted for New Zealand book awards more times than any other author of any kind. 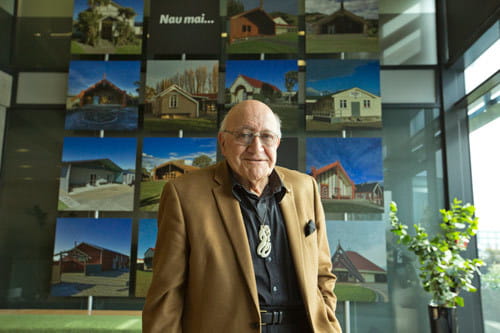 Tā Tipene O’Regan is best known for his role as the long-serving Chairman of the Ngāi Tahu Māori Trust Board, and leading the Ngāi Tahu Waitangi Tribunal claim to an historic settlement for the Iwi.

A major architect and negotiator of the Treaty of Waitangi fisheries settlements of 1989 and 1992, he was the founding Chairman of the Treaty of Waitangi Fisheries Commission. His personal scholarly interest is largely in traditional history and ethnology of Ngāi Tahu and Te Waipounamu. Tā Tipene has published and lectured extensively over many years on Ngāi Tahu history, polynesian migration, Treaty issues and biculturalism in Aotearoa. He was appointed to the New Zealand Geographic Board in 1985, on which he served for 28 years and has only just retired from an extended term as chairman of the board’s Māori Names Committee. He became a Knight Bachelor in 1994 for services to Māori.

Mere Walker, Whakatōhea (based in Kawerau). 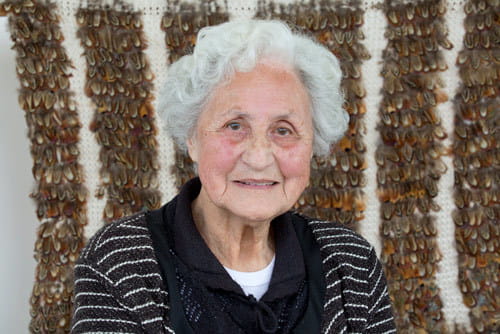 Described as one of the best tutors of rāranga (traditional weaving) Mere Walker is a master weaver whose work has had a local and global impact. With a deep understanding of her artform, she has inspired many to take up rāranga, and has become a highly respected expert in all of its aspects. Using materials including harakeke, pingao and kiekie, she has created many outstanding works, including kete, and woven whāriki (mats) as well as tukuktu panels for mare restoration projects. A former president of Te Roopu Waihanga Taonga O Putauaki (Putauaki Creative Arts Group), and Rautahi Māori committee, her work has been displayed and exhibited in New Zealand and abroad.    Between 1997 and 1999 she led a team of 12 weavers to repair the woven panels of the Mataatua Wharenui, a famous meeting house that was originally completed in 1875 and dedicated to Queen Victoria. 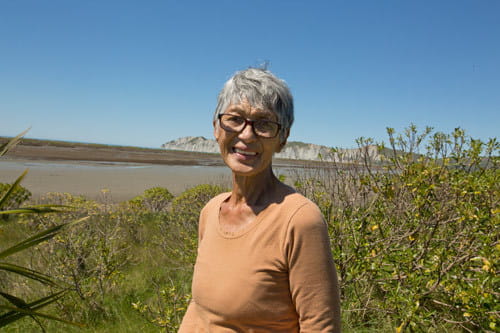 Born and raised in Gisborne, Parekowhai Whaitiri has made a significant, life-time contribution to the preservation and maintenance of the art of piupiu. Together with her husband she tutored at Te Roopu Rangatahi o Ritana. She learned the artform of piupiu from a number of different people. These include Nanny Whai Hitchener, Gladys Ruru, Tahu Ruru and Windy (Moetahi) Jones. She is credited with making and supplying piupiu for many kapa haka groups locally in Tūranganui A Kiwa, nationally and internationally, using paru (natural dye) sourced close to her family home at Te Kowhai, Manutuke. She has worked to preserve this traditional artform through teaching and tutoring people in the making of piupiu and also using traditional dyeing methods. She is also well known for her unstinting work on the restoration of tukutuku panels of various marae including those of the oldest meeting house in the country: Te Hau ki Turanga. Kuini Reedy was born in 1941 at Waipiro Bay and raised in Hiruharama, a small village settlement in the foothills of her ancestral maunga, Mt Hikurangi. Her education journey led her to Waikato University to study Te Reo Māori before relocating to Wellington to pursue her tohu in teaching, education and mātauranga Māori at Victoria University. Kuini has taught and lectured at all levels of education from Te Kohanga Reo to Kura Kaupapa Māori, primary, secondary, and tertiary, and also in government departments.  She has been described by some as a prolific composer of creative artforms, a writer and performing arts specialist but ultimately a keeper of Māori folklore, who imparts traditional indigenous knowledge through language, culture and performance. A key component of the Te Kohanga Reo Movement since its inception, she continues to move kohanga whānau in te reo Māori and whānau development nationally. 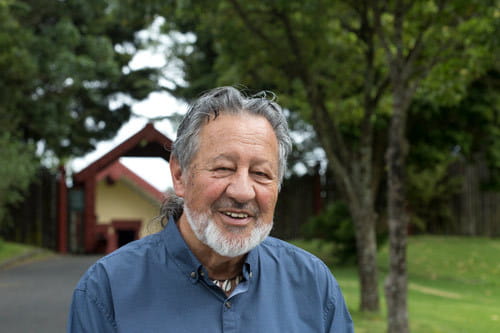 Often described as “kaumatua of the nation” Dr. The Hon. Sir Pita Sharples has played a key role in the Māori renaissance for more than half a century.  He trained as a teacher before gaining a Masters and PhD in Anthropology and Linguistics, and going on to become Professor of Education at Auckland University. He created Te Whare Tū Taua o Aotearoa (the National School of Ancient Māori Weaponry) in 1983, and established Te Roopū Manutaki Māori Cultural Group in Auckland. Part of a pan-iwi kapa haka movement that began in the 1960s, Te Roopū Manutaki was an important link through which urbanised Māori could stay connected to tikanga Māori. For 38 years Sir Pita led, performed, choreographed and composed kapa haka for the group. He also established this country’s first intertribal urban marae called Hoani Waititi Marae, and first Māori language immersion primary school in Auckland called Te Kura kaupapa Māori o Hoani Waititi. 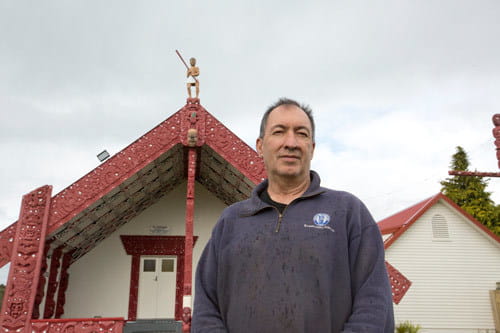 A master carver and sculptor, Lyonel Grant is an innovator whose unique methods have advanced traditional practice and contributed to Ngā Toi Māori artform evolution in the 21st Century.  Between 1985 and 1987 Lyonel completed his first whare whakairo (carved house/meeting house) Te Matapihi o te Rangi at Te Papa o te Aroha Marae in Tokoroa. His second whare whakairo, Ihenga, was completed at Tangatarua Marae at the Waiariki Institute of Technology in Rotorua between 1993 and 1996. He used Ihenga as a model to explore the tensions between customary and contemporary Māori art practice. Later he co-authored Ihenga: Te Haerenga Hou, The Evolution of Māori Carving in the 20th Century in 2007. He has exhibited internationally in Aotearoa and his work is held in the collections of The British Museum, The Scottish Museum, Te Papa and in numerous private collections. In 2004 he was one of the concept developers behind New Zealand’s gold award winning Chelsea garden show entry. 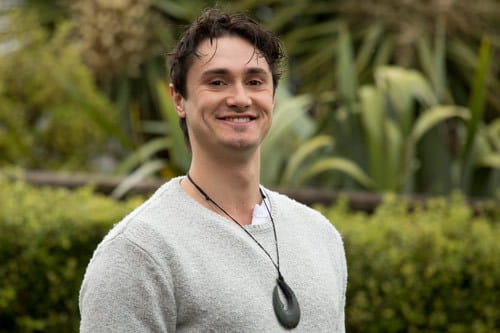 Isaac Te Reina is a 25-year-old filmmaker specialising in directing, writing and acting. He has a passion for breathing life into his stories with Māori mātauranga through honest, bold and dramatic writing.  Isaac directed his first short film at the age of 18. Entropy featured in the official selection at the Pasadena International Film Festival in Los Angeles in 2014 after being included in the Sandfly Film Festival in Australia. Since then Isaac has written, self-produced and directed a number of short films, music videos and documentaries. He has acted in recent Māori TV show Ahikaroa and in successful plays Vernon God Little, and Te Waka Huia. He also wrote Allgood, a play posing to young people a question: ‘Are we really all good?’ His first play, it was nominated for Playmarket’s b425 award in 2018. In 2013 Isaac was awarded Best Emerging Director at the Inaugural Māori Land Film Festival for his educational short film Tamanui. 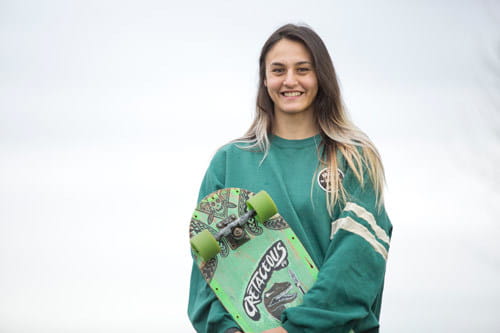 Nerys is a dynamic young visual artist who grew up in both Aotearoa and Wales. Growing up she found it difficult to connect to either ethnicity until art helped her to connect with her roots. Her first form of creative expression was through graffiti. She picked up a paintbrush when she was nineteen and hasn’t stopped painting since. Through her mahi Nerys hopes to awaken viewers’ sense of cultural identity, and encourage them to find their own creativity and express it.  She currently exhibits at Kura Gallery in Wellington and also with an online gallery Toi Tangata, which included her work in a recent show held in Perth. Her next series, Te Paionia o te Ao Māori, will be paintings and carvings about Māori pioneers in the 18th and 19th Centuries.

About the Te Waka Toi Awards