Some of the country’s most talented artists, advocates and community leaders were celebrated tonight in recognition of outstanding achievement, leadership and excellence at the Te Waka Toi Awards 2017 hosted by Creative New Zealand.

“It is an honour to be here tonight with such talented tohunga. Their work represents the rich diversity of Ngā Toi Māori and plays an important role in enriching and reflecting the lives of tangata whenua,” she said.

“Thriving and vibrant Ngā Toi Māori supports well-being and identity for Māori, and the nation of Aotearoa. The outstanding calibre of this year’s award winners is a clear signal that Ngā Toi Māori is alive and well.”

In all twelve winners were recognised for their outstanding contribution to Ngā Toi Māori across seven categories, including two Ngā Manu Pīrere awards for emerging artists, at a celebration held at Te Papa.

About the Te Waka Toi Awards

Since 1986 these prestigious national annual awards have recognised excellence and achievement across all artforms including marae arts (traditional, marae-based artforms such as carving, and weaving) as well as contemporary artforms such as theatre, literature, film, photography, sculpture and visual arts.

In recognition of leadership, excellence and outstanding contribution to Māori arts 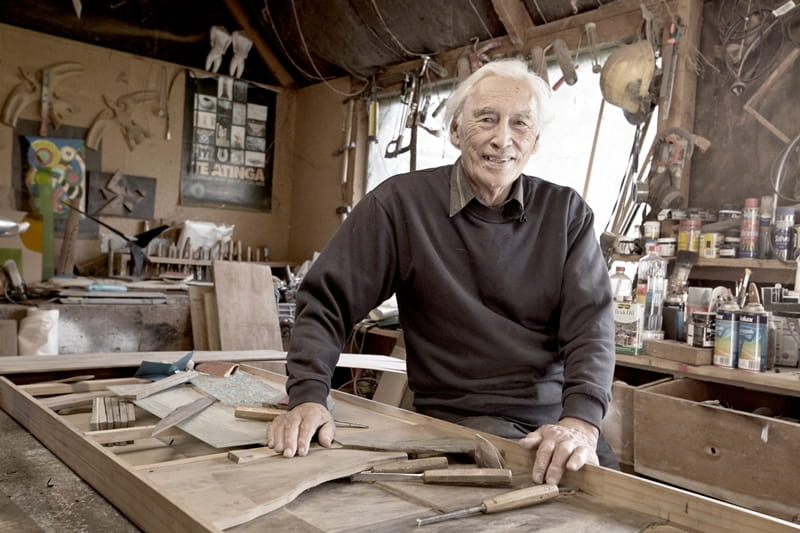 One of the most influential figures in Māori art since the 1960s, 88-year-old Fred Graham is a prolific sculptor whose striking work is displayed prominently in many public spaces in New Zealand and overseas. His work has a strong connection to Te Ao Māori (the Māori world) through central themes inspired by Māori traditions and legends, as well as focusing on issues that continue to affect Māori today, reflecting his concern for the environment and loss of culture. 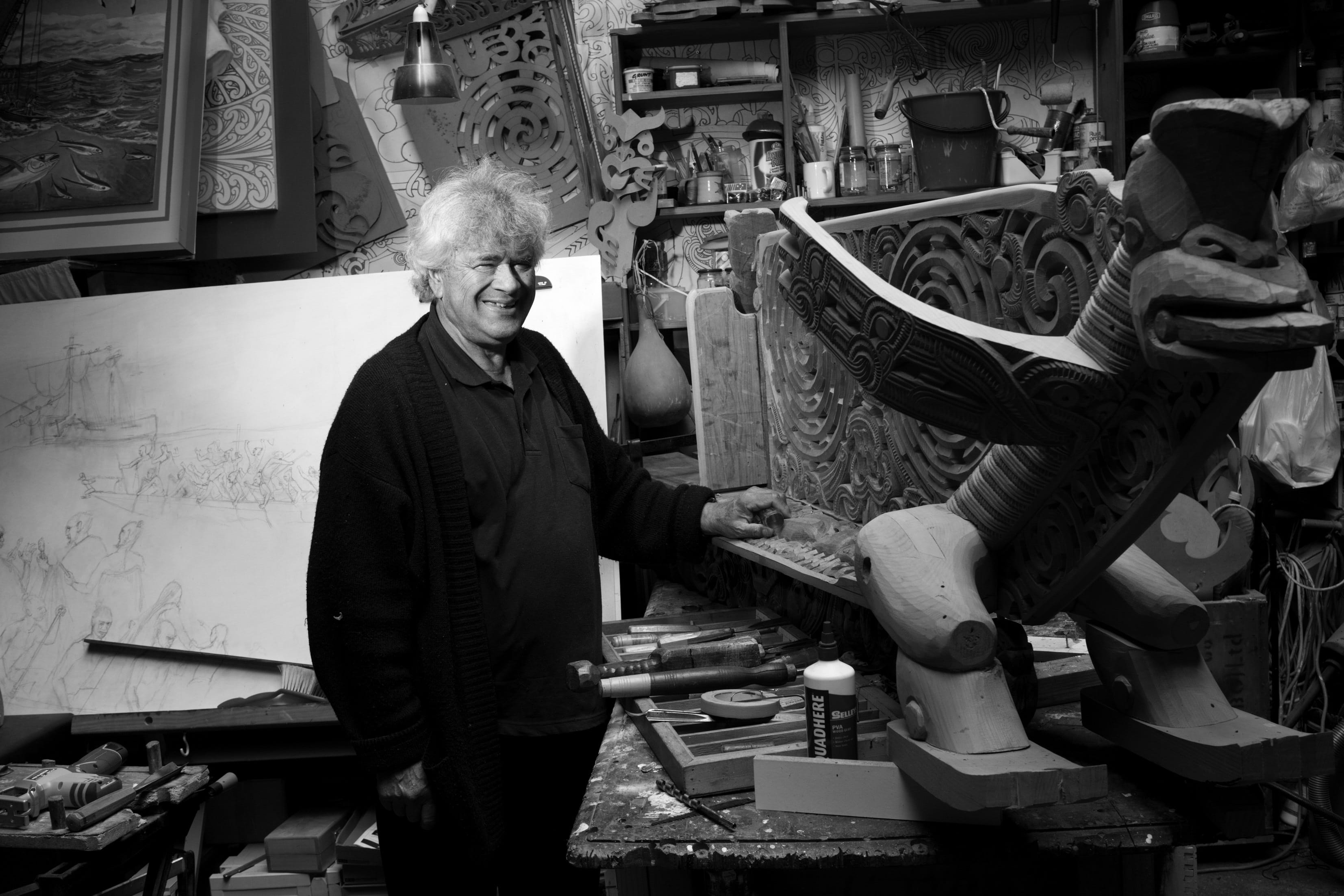 Dr Whiting, who passed away recently aged 81, made an outstanding contribution across a wide variety of artforms, through art education, art administration, marae building and renovation over many decades. Known for an innovative approach to using new materials, he was an inspiration to any aspiring artists. His many large-scale works are displayed in public places around New Zealand such as the National Library, the Christchurch High Court, the Beehive, and Television New Zealand. 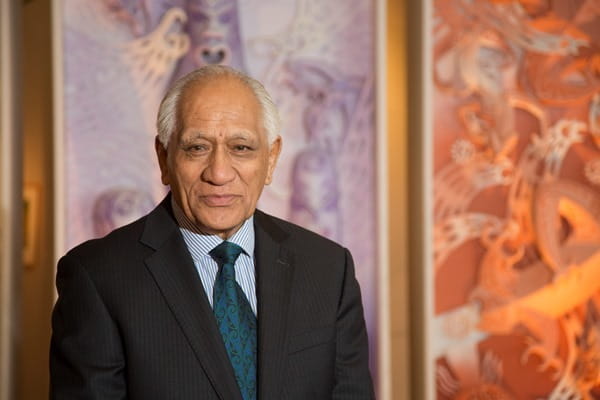 Tawhiri Williams has spent more than 50 years as a successful teacher, principal, teacher educator and kapa haka tutor. With his wife Kaa he started the first bilingual and then total immersion Māori medium school in New Zealand. He is a Member of the New Zealand Order of Merit (MNZM) for services to Māori and Education. 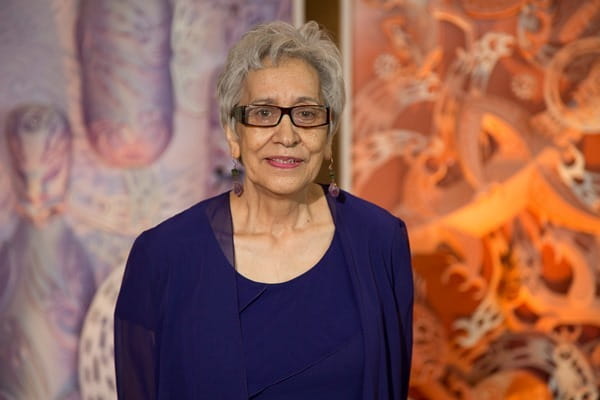 Kaa Williams has had a distinguished career in education and Māori broadcasting for more than 50 years. With her husband Tawhiri she started the first bilingual and then total immersion Māori medium school in New Zealand. She worked for Māori television in several roles and as an examiner for Te Taura Whiri i te Reo Māori (Māori Language Commission). She is a Companion of the Queen’s Service Order (QSO). 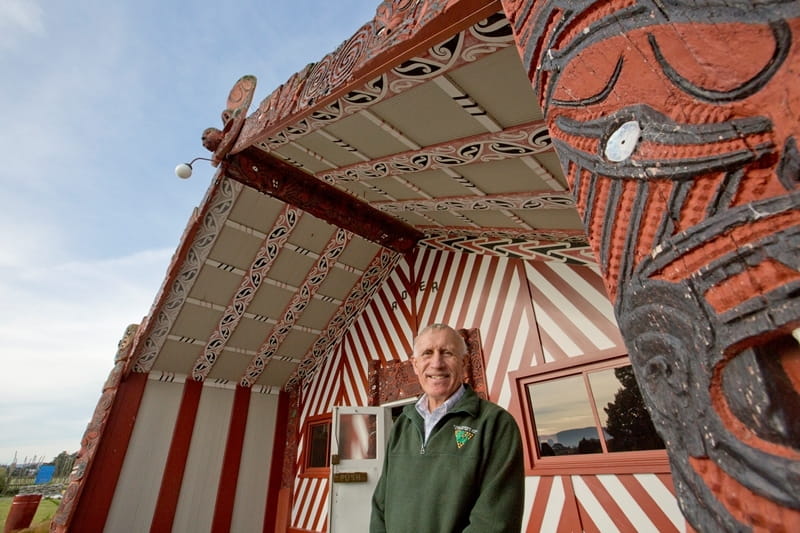 Historian, educator and treaty negotiator, Manahi Paewai has played a key role in the development of tikanga and Ngā Toi Māori in the rohe of his iwi in the Tamaki nui nā Rua region for nearly seven decades. He is well known for collating the history of the Ngāti Mutuahi hapū of Ngāti Te Rangiwhaka-ewa and making it available at the Mākirikiri Marae in Dannevirke, which he also restored and preserved over many years. His leadership of many iwi and hapū bodies included a principal role in the formation of Rangitāne o Tamaki nui nā Rua and in its subsequent Treaty of Waitangi claim. In 2015 he became a Member of the New Zealand Order of Merit (MNZM). 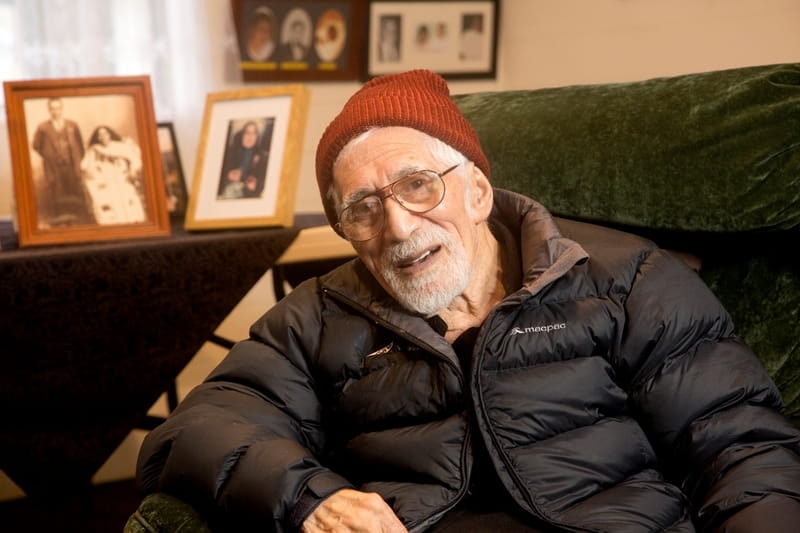 A respected kaumatua, Ronald (‘Rocky’) Boyd Hudson is known for his knowledge of history, tikanga and Te Reo.  An advocate for better social and health services for Māori, he has been an iwi representative on several health organisation governance bodies. He also helped successfully negotiate land claims for two iwi, and assisted with the national Māori language dictionary project undertaken by Te Taura Whiri i Te Reo Māori (the Māori Language Commission).  In 2015 he was awarded the Queen’s Service Medal (QSM) for services to Māori. 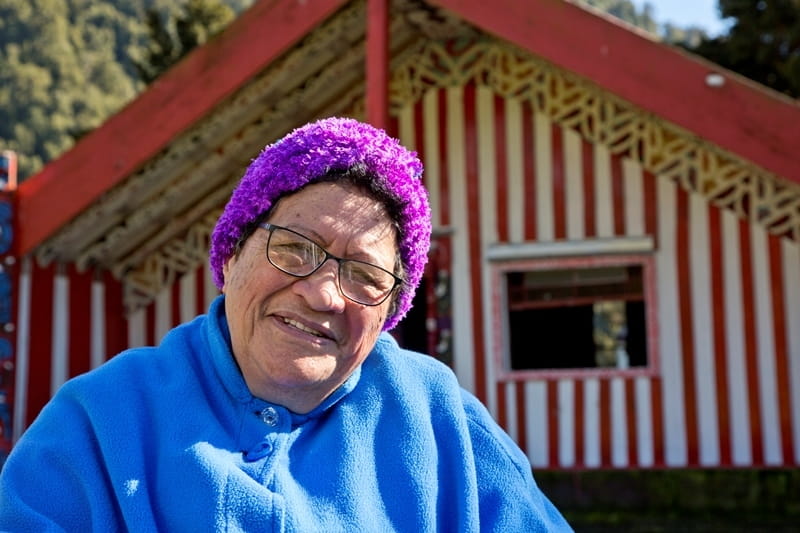 Tūhoe kaumātua and renowned holder of customary knowledge, Miriama Paraki has for many decades been a leading and unwavering advocate of the iwi and hapū of Ruatāhuna.  The first female secretary of Te Umuroa Marae committee, she presented evidence of cultural suppression to the Waitangi Tribunal hearing in Ruatāhuna, outlining the impact of colonisation and suppression of Māori rights and the loss of Tūhoe tikanga. She is today regularly called upon by her community and whānau for advice, wisdom, and support. 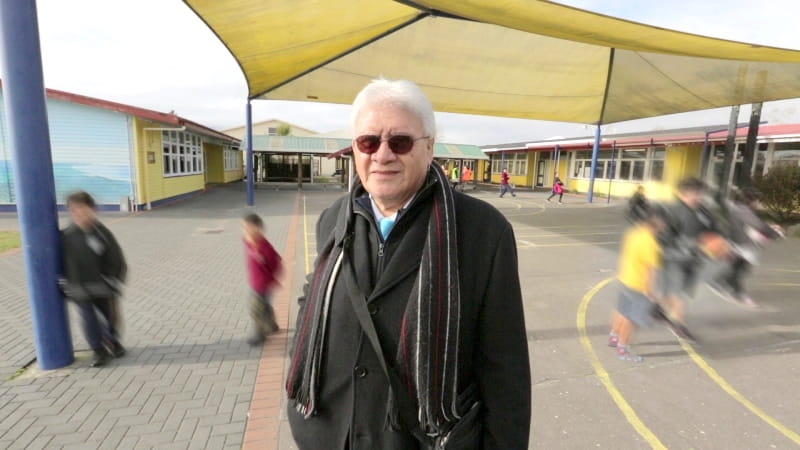 Pembroke Peraniko (Pem) Bird has had a long and distinguished career in mainstream and Māori education. As a secondary school teacher and principal he has been a passionate advocate of advancing Te Reo Māori in education for many years. At the New Zealand Qualifications Authority, Ministry of Education and Auckland University, he helped to develop Te Reo Māori courses and evaluation standards. In 2008 he received the Queen's Service Medal for services to education. This year he became a members of the New Zealand Order of Merit for services to education and to Māori.

In recognition of a significant, positive impact on the development and practice of Māori arts. 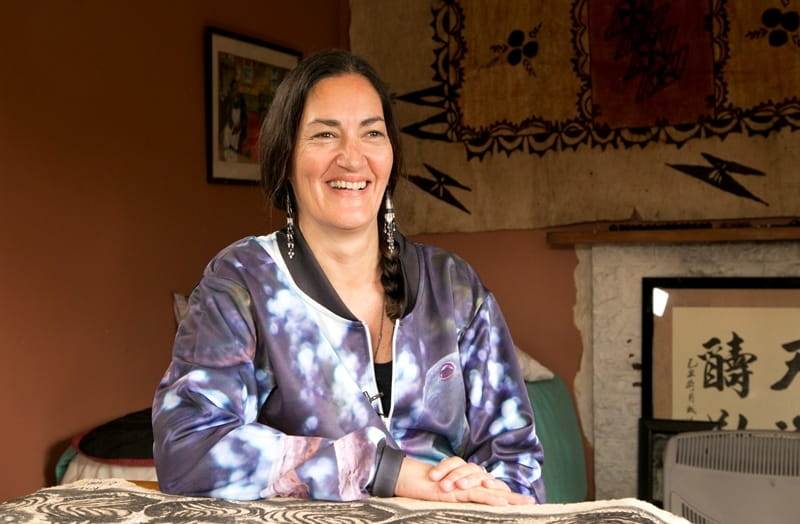 Writer of plays, screenplays, short fiction and radio and television scripts, Briar Grace-Smith was the inaugural recipient of the Arts Foundation Award and Writer in Residence at Victoria University in 2003. Her short fiction has been published in various anthologies and her feature film The Strength of Water premiered at the Rotterdam and Berlin Film Festivals in 2009. She has worked for the New Zealand Film Commission and has taught writing for theatre at the prestigious International Institute of Modern Letters at Victoria University. 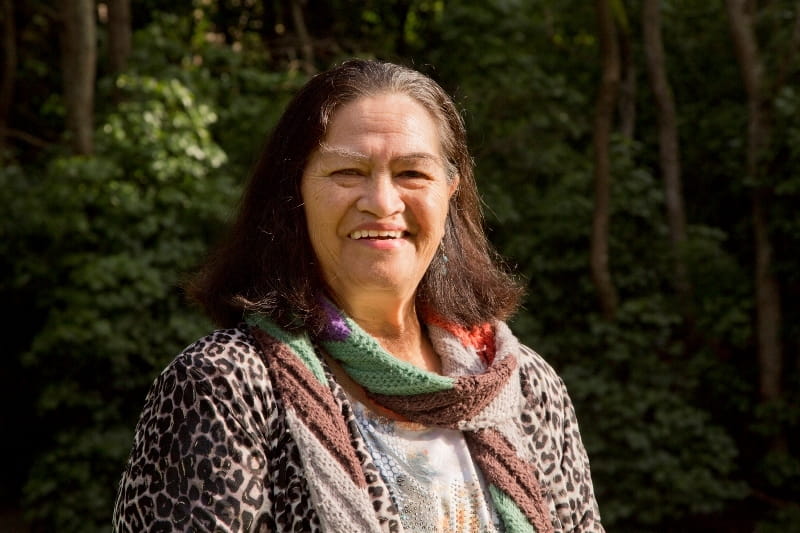 Having competed at the Te Matatini national kapa haka competitions every year since 1972, Louise Kingi is unrivalled in Aotearoa for her commitment to and aroha (love) of kapa haka. For more than four decades she has been an enthusiastic participant at Waihirere Māori Club’s weekly kapa haka practices. Known for her passionate performances, she is described as the sort of performer audiences cannot take their eyes off and has mentored many others over the years. “For some people it’s something you do. For me, it is a way of life,” she says. 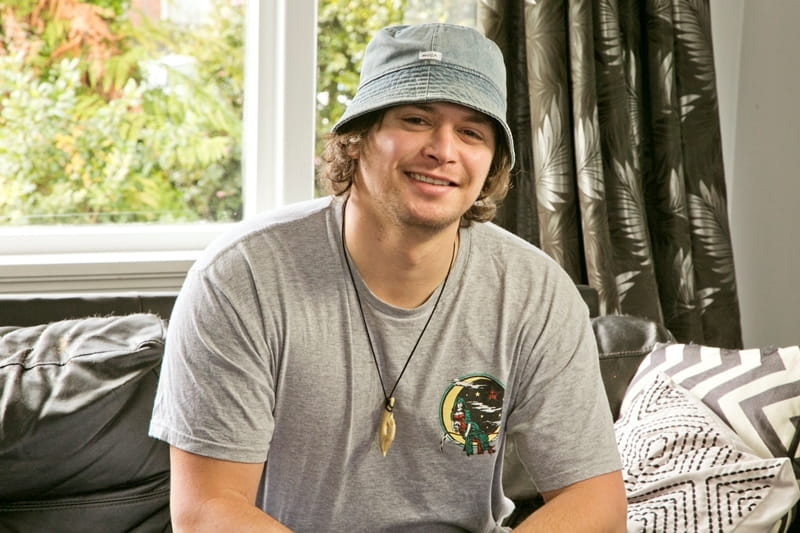 Chevron Te-Whetumatarau Hassett is a talented young photographer who has found strength in his art and whakapapa to overcome personal hardship after a family tragedy last year. Chevron’s emerging career has involved advertising, journalism, mural and documentary projects.  His most recent personal project, Ko tōku taumata tonu, ko Hawaiki, is a photographic series accompanied with text and a book that discusses his family tragedy and his journey to find Hawaiki afterwards. It is in his words: “A self-discovery from darkness, using my work to guide me through the stages into the light and into the world.” 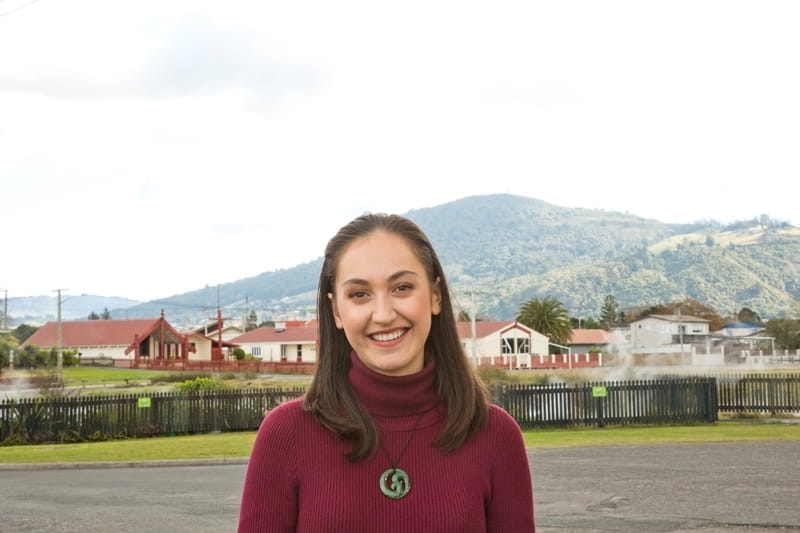 Turene Huiarau Jones received an A+ for her first play, I Ain’t Mad At Cha, which was submitted for her Bachelor of Arts (Hons) in Drama. The play had a sold out season to critical acclaim at Basement Theatre and was a finalist in Playmarket’s b4 25 competition. After interning at South Pacific Pictures writing for television, she is now writing for the Canadian/New Zealand trans-media series Fierce Girls. She plans to continue writing for the screen and theatre and to one day write a novel or two.