The increased concert activity is possible thanks to the support of the Wellington City Council and the Regional Amenities Fund, music director Marc Taddei says.

“Our number one aim is to inspire, enthuse and enrich our community and we are grateful for all of the fulsome support we receive,” Taddei says.

Taddei says the 2014 season is built around two strands: great Romantic song cycles, and the outstanding works Haydn created in the 1780s known as the Paris symphonies. As well as these themes, two particular highlights to open and close the season are Bruckner’s Seventh Symphony, performed as part of the Anglican Cathedral’s 50th anniversary celebrations, and the awesome Carmina Burana, Taddei says.

The season has a distinct Viennese flavour, he says. “We are delighted to present some of the greatest masterpieces from this, classical music's most important city. In addition to Haydn, of the composers who lived and worked in Vienna, we’re featuring Mozart, Mahler and Bruckner.”

New Zealand, which has produced singers like Kiri Te Kanawa and Donald McIntyre, continues to create wonderful opera singers. “Orchestra Wellington has a proud history of identifying and presenting the finest young singing talent that this country has produced.”

In 1786 the Count d’Ogny, a wealthy Parisian music lover, commissioned Joseph Haydn to write six symphonies for Paris’ leading orchestra. Haydn responded enthusiastically for this large and wealthy ensemble that could count the nobility among its ranks and Marie Antoinette among its listeners. The composer Luigi Cherubini, then a violinist for the orchestra, recorded how the players received each new Haydn symphony “with rapture”. As for the audiences, they went wild for the Paris symphonies. Orchestra Wellington will share these marvels of symphonic structure with its audiences throughout 2014. “We will perform these extraordinary works with an historically informed approach,” Taddei says. “Athough I doubt we will dress  the orchestra musicans in sky blue dress coats with lace ruffles and swords at their sides as they did at the premieres!”

Jian Liu is the newest Lecturer in Piano at the New Zealand School of Music. He has appeared on concert stages in China, Japan, Singapore, Portugal, Switzerland, Ukraine, the United States and New Zealand, and with symphony orchestras in Europe and USA. For the past two years, New Zealand audiences have been enjoying the blistering excitement and technical audacity of his chamber music recitals. Orchestra Wellington is delighted to welcome him as their soloist for Ravel’s G minor Piano Concerto.

Orchestra Wellington’s family concerts will delight audiences all over the city. Their expanded family programme begins in January with an outdoor concert in the Botanic Gardens Soundshell as part of the Wellington City’s Summer City Gardens Magic festival. That’s followed in February by a reprise of “Baby Pops: Back to the Farm” presented as part of the Fringe Festival in two new venues: Scots College in Strathmore and Sacred Heart College in Lower Hutt. Orchestra Wellington Education Composer in Residence Thomas Goss has another Baby Pops concert up his sleeve for November: Anchors Aweigh, a pirate-themed orchestral adventure for young listeners. In July, the orchestra will present a family concert in the opera house featuring two more works by Goss: Tane and the Kiwi, and a colourful treatment of a favourite New Zealand story, and Pita and the Wolf, which retells Prokofiev’s classic story with a Pasifika twist. The programme is filled out with a musical version of Dr Seuss’ Gerald McBoingBoing.

The orchestra’s busy schedule is filled out with partnership performances including Don Giovanni and La Traviata with New Zealand Opera, Coppelia and A Christmas Carol with the RNZ Ballet, a performance of Faure’s Requiem with Voices New Zealand Chamber Choir, and an appearance at Nelson’s Opera in the Park. 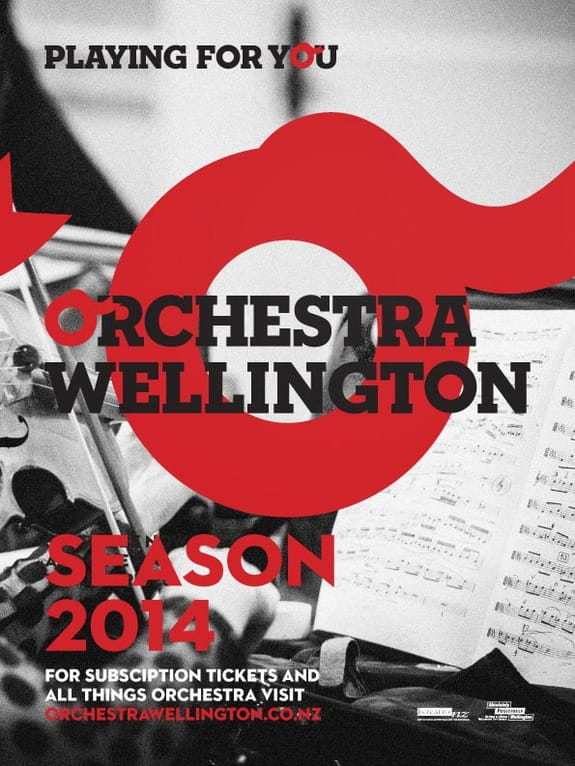