A successful debut tour and a memorable performance at possibly the world’s largest dance festival is a promising start to breaking into the United States market for leading Māori contemporary dance company Atamira.

The three-week tour came about as a result of showcasing their work to overseas presenters as part of Creative New Zealand’s international programme.

During July and August the company showcased their popular short works programme ‘KAHA’ throughout Maui and Honolulu in Hawaii, San Francisco, and Massachusetts, with eight performances to more than 2,500 people and more than 20 teaching workshops.

Atamira is the first Māori contemporary dance company invited to perform at the prestigious Jacob’s Pillow Dance Festival in Western Massachusetts. Other tour highlights include performing at the Louis Vuitton stage at the America's Cup Village in San Francisco including a send-off Haka for Team New Zealand; at the Asia Pacific Dance Festival (Honolulu); and the San Francisco International Arts Festival.

“Our international initiatives are about promoting the talent and unique contribution of our country’s artists to the rest of the world. We hope this opportunity has been a platform for Atamira to build relationships and audiences in the United States in the future.”

For Atamira, the experience was as much an opportunity for cultural exchange and sharing as it was a tour of the company's work.

“It was an amazing time for us as a team to come together strongly and present our unique choreographic work in the United States,” says Atamira’s Artistic Director Moss Patterson.

“Being cultural ambassadors for our country was a great honour, and we hope the positive connections we established with presenters and new audiences will serve us well for future tours of the USA.”

Atamira plans to tour the United States again with a full-length work in 2014/2015.

Hot off the heels of their United States debut, Atamira will next perform at the Nelson Arts Festival on 17th October, and will return to Auckland for a Tempo season at Q Theatre 18-19th October.

Atamira has also been successful in its bid for further funding through Creative New Zealand’s Toi Uru Kahikatea (Arts Development) programme for 2014/15, which they can use to develop more of the compelling and high quality Māori contemporary dance theatre that they are known for. 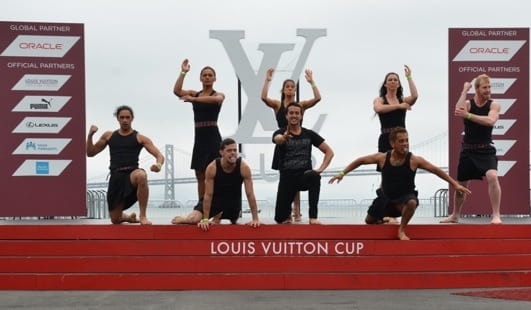