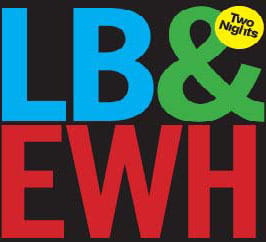 This will be the first time since April that Little Bushman have taken to the stage in NZ after the
release in the same month of their 3rd studio album Te Oranga, which was followed closely by a stint in Australia which saw them wow audiences at the prestigious Byron Bay Bluesfest, as well as in Sydney & Melbourne. Little Bushman is eager to present these new shows with EWH to their
favourite hometown crowd in Wellington.

"I'm pretty excited about these shows with EWH - I reckon itʼs a perfect eclectic match for the
audience to bliss out on. Itʼs all about the fans... I wish I could be in the crowd, drowning in the
frequencies and letting go of any mundane weight - mean!" Says LBʼs Warren Maxwell.

This week, Electric Wire Hustle wrap up their latest European tour with a final show at the UKʼs Big
Chill festival, which sees them join a line up of heavyweight international talents including headline
act Kanye West. EWHʼs extensive European summer tour has spanned  two months, 20 shows and 10 countries.

Then, itʼs time to head home for a spell. As well as these two incredibly special nights,
EWH will also play 4 more shows throughout NZ, including their other hometown of Christchurch.
“It has been an amazing tour in Europe. The band has been playing better than ever and the
audience responses have been incredible. As sad as we are to leave, we're looking forward to
performing in NZ again and it will be great to bring our energy and experiences from this trip home.” says EWH drummer, Myele Manzanza.

This is the first time since 2008 that these two bands have come together - and it is sure to have
been well worth the wait.
LITTLE BUSHMAN & ELECTRIC WIRE HUSTLE
San Fran Bathhouse WELLINGTON
FRI 23RD & SAT 24TH SEPTEMBER