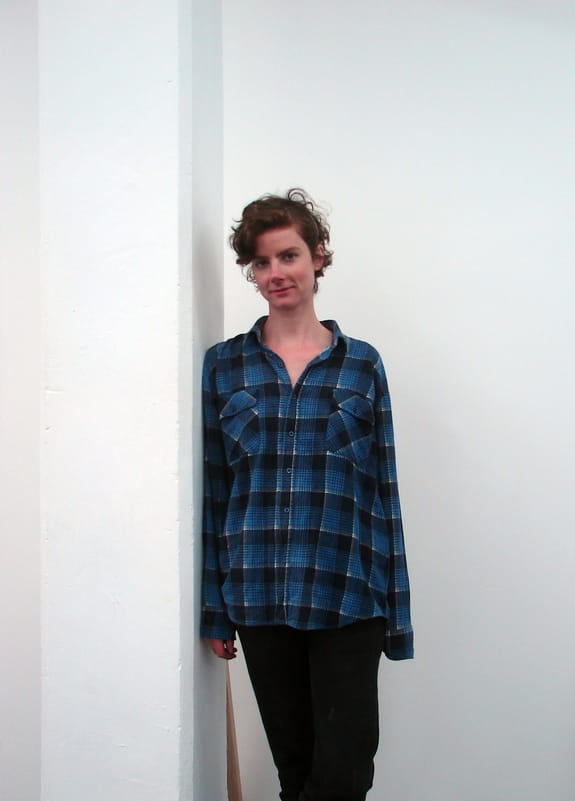 One of New Zealand's new generation of installation artists Kate Newby has been awarded the 2012 residency at the International Studio & Curatorial Program (ISCP) in New York.
During the four month residency Kate will complete a new project Stones don’t swim and cars collide.  The project will involve research and fieldwork, experimentation, the creation of site-based works in the city and a publication.  While in New York, Kate will also take the opportunity to investigate specific collections, archives and libraries.

"I am absolutely thrilled to have been offered the residency because it will extend the physical and cultural boundaries of where and how I create work.  I’m excited by the prospect of engaging both with other artists on the programme, and with the city.”

“New York’s urban space is specific, dense and layered.  I am fascinated with the kinds of contradictions and possibilities involved in an artist from New Zealand, which has relatively recently developed an idea of urban identity, working in that environment."

Kate was selected for the biennial residency by ISCP in consultation with Creative New Zealand. The assessors agreed that her practice had been steadily developing in New Zealand and internationally. Currently her installation 'I'm just like a pile of leaves' is one of three temporary commissioned works which celebrate the opening of the developed Auckland Art Gallery.

“Kate will be a great ambassador for New Zealand visual artists while also making the most of the opportunity to live and work in New York,” said Creative New Zealand Chief Executive Stephen Wainwright.

The residency runs from 1 February to 31 May. Creative New Zealand provides a stipend towards accommodation and travel costs and also covers the studio fees at the ISCP.

In 2010 she was the inaugural artist resident at SOMA, Mexico City and undertook residencies at Künstlerhäuser, Worpswede, Germany and The Banff Centre, Canada. In the same year she made a solo exhibition Crawl out your window at the GAK Gesellschaft Aktuelle Kunst, Bremen and created a site-specific installation at the Claremont Museum of Art in Los Angeles as part of a retrospective exhibition on Bas Jan Ader. In 2011, Kate made the solo exhibition I’ll follow you down the road, at Hopkinson Cundy, and the site-specific commissioned project, I'm just like a pile of leaves, for the re-opening of the Auckland Art Gallery.