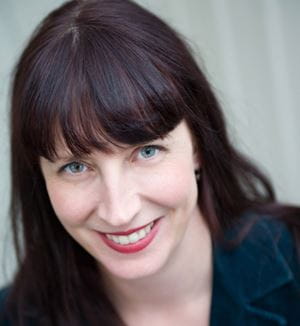 The Christchurch Writers’ Festival Trust is delighted to announce the appointment of Rachael King as its new Literary Director.

Rachael King is an award-winning novelist who has worked in the sales and editorial departments of magazines, radio and television. She comes to the position with distinguished literary connections as the daughter of author Michael King and Ros Henry, a publisher. She has published three books and recently won the Esther Glen Medal for Junior Fiction for her book Red Rocks.

Chair of the Trust, Vicki Blyth, says, “Rachael’s extensive knowledge and personal connections with writers and publishers in New Zealand and overseas will be a great asset to the organisation. She has strong vision for literary events in the city and for our biennial festivals, and we are looking forward to a dynamic event in 2014 and beyond.”

Rachael King says, "After the earthquakes, I made a decision to stay in Christchurch and contribute to the cultural life of the city. The job of Literary Director is the perfect way to achieve this. I’m looking forward to building on past festivals, but also to celebrating words and storytelling in new and innovative ways, with writers of all kinds. Audiences can expect something a little different."

Rachael and the Trust also wish to acknowledge the hard work and superb achievements of the previous programme directors, Ruth Todd and Morrin Rout. “It’s a cliché,” says Rachael, “but they really are big shoes to fill. Morrin and Ruth are well-loved in the literary community.”

The festival will present a series of literary events throughout the year, and the biennial Press Christchurch Writers’ Festival will be held 28 – 31 August 2014. Publishers and other interested parties can now direct all programme-related enquiries to Rachael at litdirector@chchwritersfest.co.nz.