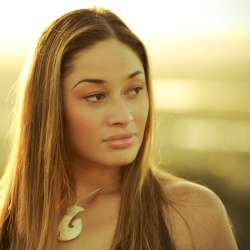 A world music super group, an acclaimed duo from Africa, giant puppets from France, a Calypso queen, Sudanese voodoo and the leading voice in Brazilian soul music are among the stunning line-up of artists heading to New Zealand from every corner of the globe for WOMAD New Zealand 2011.

The programme for WOMAD New Zealand 2011 was launched at Parliament and with more than 300 performers from 20 countries, artistic director Drew James says it is the best yet.

“This year’s line-up is sensational,” Drew says. “It really is a who’s who of world music complemented by fantastic New Zealand acts to create an extraordinary festival.” And, Drew adds, there will be a couple more acts added to the programme which will be announced very soon.

With artists hailing from the six continents and every corner of the globe – Africa, the Middle East, Europe, the Americas, Asia, Australia and New Zealand – WOMAD New Zealand 2011 is truly an international event.

Heading the line-up of music for the three-day festival is a group hailed as “a world music supergroup” – Afro Celt Sound System. This collaboration of artists from Ireland, England, Kenya, Guinea and Senegal burst onto the world music scene 15 years ago, winning numerous awards, selling two million albums and picking up two Grammy nominations. They played at the first WOMAD in New Zealand in 1997 and after more than three years apart, the band has reunited and is looking forward to returning to New Zealand in 2011.

"It will be great to return to New Zealand with AfroCelt Sound System, says vocalist Iarla OLionaird. “What always strikes me about the Australian and New Zealand WOMADs is the great sense of openness and fun that bothcountries provide the festival.”

Blind Malian singers Amadou and Mariam are acclaimed throughout the world and make their long-awaited debut at WOMAD New Zealand. They’ve played at Glastonbury, recorded the 2006 FIFA World Cup anthem ‘Celebrate the Day’, have played support for Scissor Sisters, Blue and Coldplay, sang at the 2010 FIFA World Cup in South Africa and feature with The Magic Numbers on the soundtrack of hit cult movie The Twilight Saga:New Moon.

Hailing from the Sudan and Egypt, Rango uses ancient folk instruments to revive the sounds of darkest Africa, while from Pakistan, Faiz Ali Faiz mesmerises as a new principal voice of exalted qawwali singing.

Australia’s The Cat Empire will show why they are one of the world’s favourite live acts and also from Australia come gypsy punksters The Barons of Tang and Dva – a wind/percussion duo inspired by the traditions of Macedonia and South India.

Heading to WOMAD New Zealand from the UK is Grammy Award-winning DJ Don Letts Ireland’s Luka Bloom and multi-instrumentalist and composer Nitin Sawhney performing a DJ set and directing the All Star Gala.

Compagnie Ekart from France brings giant puppets to roam among festival goers while the popular Taste the World will be hosted by New Zealand’s own gastro nomad, Peta Mathias.

WOMAD New Zealand 2011 is the seventh WOMAD to be held at the stunning New Plymouth site. Now an annual festival, WOMAD 2010 was attended by more than 35,000 people across the three days.

As well as 30 hours of music on the seven stages, WOMAD New Zealand 2011 features artists in conversation, live cooking demonstrations and workshops by artists, a global village, sustainable village, Kidzone and the option to camp at the adjacent racecourse or stay marae-style in the TSB Stadium, and seniors have special viewing platforms at the three main stages with seating, shade and free water sponsored by TSB Bank.

WOMAD is an international festival created by Peter Gabriel and Thomas Brooman 27 years ago. Since then 21 countries have hosted the festival and entertained millions of festival goers.

Tickets for WOMAD New Zealand 2011 are now on sale through Ticketek. Limited early bird three-day adult tickets are available for $195 with early bird youth tickets for $149. Day tickets are also available for Friday night, Saturday, Sunday and Sunday night only. Camping tickets and marae accommodation are also available including Ezicamp options which include rental of a tent and air bed for $130 (including camping fee). Tickets are available through Ticketek on 0800 TICKETEK (842 538) or www.ticketek.co.nz. The full line-up and detailed information is available on the WOMAD website