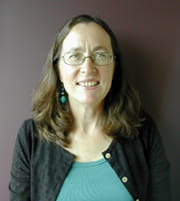 We are pleased to announce that the recipient of the 2010 NZSA Mid-Career Writers Award is Philippa Werry.

Philippa Werry lives in Wellington and writes fiction, non-fiction, poetry and plays for children and young adults, as well as articles, reviews and non-fiction for adults. She has written over 70 stories, articles, plays and poems for the School Journal and is widely published in various Learning Media series, both here and overseas, as well as writing for other educational publishers such as Gilt Edge, South Pacific Press, Rainbow Reading and Pearson Education (Australia). Her work has been broadcast on Radio New Zealand and included in anthologies of poems and short stories.

Her latest childrens novels are The Great Chocolate Cake Bake Off (2007), Enemy at the Gate (2008; shortlisted for the NZ Post Book Awards 2009) and A girl called Harry (2010). This year she has been shortlisted for three different prizes: the Text Prize 2010 for Young Adult and Childrens Writing, the Playmarket Plays for the Young Competition, for which she was runner-up, and the Royal Society of New Zealand Manhire Prize for Creative Science Writing (non-fiction section)

Asked what this award means to her, Philippa comments: “Being chosen as the 2010 recipient of the NZSA Mid-Career Writers Award is a great boost to my confidence as a writer. At the same time, I wish there were many more awards such as this, because I know there are so many wonderful writers working away on their own with little public recognition. In particular, Id like to pay tribute to the fantastic community of New Zealand childrens writers and illustrators, whose books enthral and captivate each new generation of readers. Their encouragement and support have helped me enormously.”

The panel considered 11 applications for the award, and easily reached a ‘long list’ of five: one playwright, three writers for children and one biographer. Deciding on Philippa Werry as the recipient, convenor Barbara Else comments: “Her fiction for children is very strong, but a deciding factor was her essay on memory which was shortlisted in the non-fiction section of the Royal Society of New Zealand Manhire Prize for Creative Science Writing 2010. We also appreciated her determination to continue to develop as a writer.”

Philippa receives $3,500 for this award. She plans to use the grant to continue work on a childrens and a YA novel, and a play for next year’s Plays for the Young competition. She also hopes to attend a conference for childrens writers and illustrators. Further information is on her website at http://www.philippawerry.co.nz/

The inaugural recipient of the award was the poet David Howard. Based at Port Chalmers, David is the author of five collections of poetry, including Shebang (Steele Roberts, 2000), and The Word Went Round (Otago University Press, 2006).