While building the centre was a huge effort the greater challenge facing Hutt City Council was ensuring the local people felt pride in and ownership of the facility.

To engage people with their new community hub the council enlisted the power of art.  It worked.  Since the opening there has been more than 1 million visits to the centre – four times more than expected.

The council’s community arts advisor worked with local artists, the education team in their gallery, and hundreds of creative and inspired primary and secondary school children to bring the centre to life.

Working with the Dowse Gallery’s education team they created personal flags with their dreams and aspirations. The flags where installed from the centre’s entrance through to the indoor courts the night before it officially opened.

“They look stunning. But what I really love is the obvious pride when there’s a kid in the centre showing their family or friends their flag,” says Hutt City Council’s general manager of community services, Matt Reid.

The council also worked with the local colleges to create and paint murals for the centre’s interior. While advice and materials were provided the designs and painting were all done by the students with support from their teachers.

“The art projects have struck a chord with our local community and played a significant part in encouraging people to feel the centre is for them. There’s a huge sense of ownership. The centre is theirs and people are proud of it,” says Matt.

Local artists working on the centre

The council also called for proposals from local artists for designs that could be applied to the concrete panels on the centre’s exterior.

Four designs were carved into the panels while a fifth was used for the interior. Each tells a story which has meaning for the community. “The brief was to celebrate the community and its history and that’s exactly what’s happening,” says Matt.

Since the centre has opened in Taita there has been a 90% decrease in tagging. 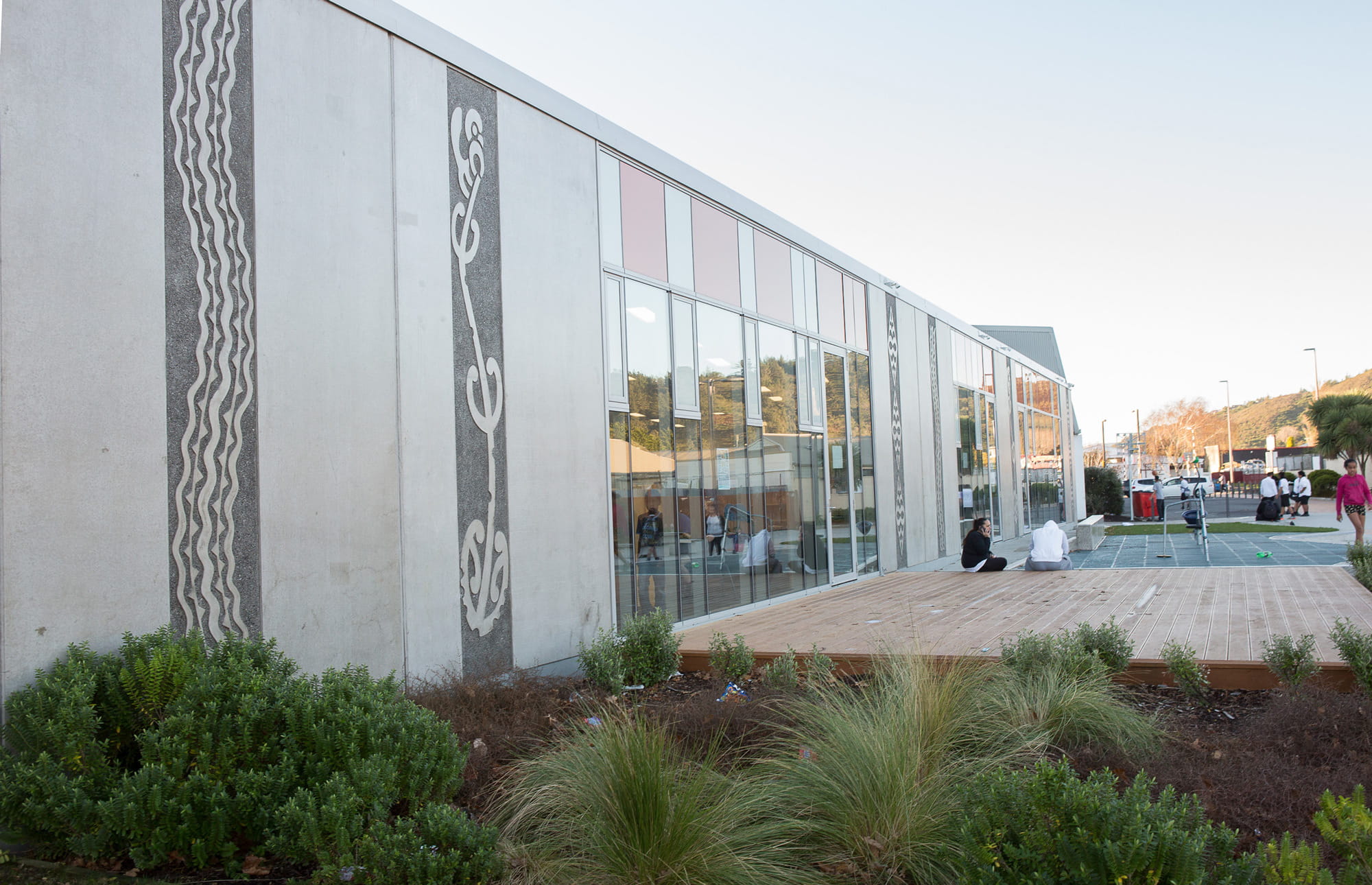 Plans for the future

With development underway for a second community centre in Stokes Valley, the council will again be using arts projects to engage with their community.

“We’re taking what we learnt from Taita and we’ll be doing even more.  It clearly works.”

This is one of four case studies on how local authorities are using the arts to improve lives in their communities. For more case studies see The Arts: Working hard for your community 2016 (pdf 900KB)  - prepared for Local Government New Zealand Conference 2017.