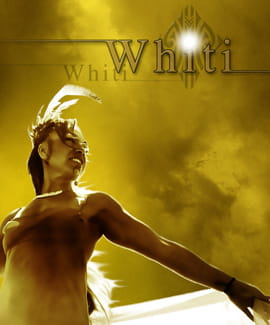 From Londons smoky jazz clubs, to Europes music festivals, to back home in the heart of New Zealands Te Papa Tongarewa. Toni Huatas strength as a performer, style, warmth and depth as a song writer, allows her to stand confidently in Aotearoa and abroad.

To coincide with Maori Language Week, Toni presents her third, beautifully crafted album, Whiti - to shine, transcend and be transported. “It is my hope that Whiti will uplift people. To me Whiti is a positive affirmation and celebration of life,” says Toni.

Toni is launching Whiti at 2pm, Sunday, 1st August 2010, on level 4, Te Marae, Te Papa. This is where she also launched her first album Te Maori E as a dramatic show 9 years ago.

Whiti will be available nationwide on the 2nd August through Ode Distribution.

To take you on this musical journey Toni employed the talents of Maaka McGregor to co-produce this album. Gareth Farr lends his talents to “Taku Tamaiti e” the core inspiration of “Whiti” while long time collaborator Charles Royal composed the track “Koa”. Toni was delighted when asked by Te Taite Cooper to do the Māori classic “Te Hokinga Mai” 26years after the original release and is thankful for the delicate guitar renditions that Karl Teariki has played on this song also “River Person and Soul True”. Hira Huata also supports Toni with the dialect of their whānau from Ngāti Kahungunu.

Toni brings forth sounds and feelings from the past, mixes it with todays international musical influences to present a sound for the future Tu Mai Magazine, NZ.

Hailing from Hastings in Hawkes Bay and surrounded by an eclectic array of influences Toni affiliates to Ngäti Kahungunu and Rongowhakaata tribes.

"Her stunning voice has been heard before but Te Maori e is a visual and aural delight" - Real Groovy, NZ

On the national stage she received many accolades for her starring role in the popular show ‘Maui – One Man against the Gods’.

Toni Huata brings serene strength to Hine, and shows great focus and vocal control, by continuing to sing with effortless beauty, as she flies across the stage. –Theatre review, NZ

With 2010 bringing the release of her third solo album ‘Whiti’, Toni is looking at touring back home before returning overseas, to perform her new music once again.