UNESCO has chosen New Zealand and Samoan choreographer and multi-disciplinary artist, Lemi Ponifasio, as the author of this years International Dance Day message.

Lemi Ponifasio will be honoured at the International Dance Day ceremony at La Villette Theatre in Paris on Friday 29 April, 2016 where he will give his message and a performance by his company MAU.

Lemi Ponifasio joins dance luminaries Merce Cunningham, William Forsythe, Maurice Bejart, Sidi Larbi Cherkaoui, and Anne Teresa De Keersmaeker in a list of choreographers who have been invited to give the dance message each year since 1982. The message is distributed by UNESCO throughout the world.

At the frontier of global contemporary art, theatre and dance, Auckland-based Lemi Ponifasio has received international awards as a choreographer, designer, opera director, and for his theatre and dance works.

"My message is a prayer and it carries within it the aims of my work, and wairua of Aotearoa New Zealand and the Pacific," says Lemi Ponifasio. 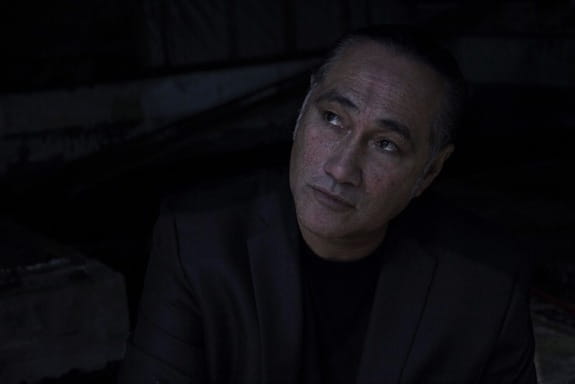 Salā  Lemi Ponifasio is a Samoan and New Zealand choreographer, dancer, stage director, designer and artist. In 1995 he founded MAU in Auckland, New Zealand, working with communities and artists from all over the world. MAU is a Samoan word that means a declaration to the truth of a matter.
Distinctive and with its own unique genealogy, Ponifasio's radical stage work defies conventional definitions. In his artistic universe, Ponifasio orients the modern individual towards other dimensions of consciousness by way of the decelerated rhythm of his strict aesthetic - a palette of black, inverted, dreamlike images; the ceremonial, sacrificial body; a visceral space of sound, light and darkness.

Lemi Ponifasio's most recent works include Lagimoana (2015) for the Venice Biennale 56th Visual Arts Exhibition; Apocalypsis (2015) with music of R. Murray Schafer at the Luminato Festival, Toronto; I AM: Mapuche (2015) and Ceremony of Memories (2016) with MAU Mapuche, the indigenous people of Chile; and I AM (2014) for the 100th Anniversary of WW1, which premiered at the Avignon Festival followed by seasons including the Auckland Arts Festival, the Edinburgh International Festival and the Ruhrtriennale, Germany. His other creations include The Crimson House (2014) probing the nature of power and a world that sees all and no longer forgets which premiered at the New Zealand Festival; Stones In Her Mouth (2013), a work with Maori women as transmitters of a life force through oratory and ancient chants; the opera Prometheus (2012) by Carl Orff for the Ruhrtriennale; Le Savali: Berlin (2011) confronting the imperial City of Berlin with its own communities of immigrant families in search of belonging and constrained by threat of deportation; Birds With Skymirrors (2010) responding to the disappearing Pacific Islands, homelands to most of his performers and devastated by climate change; and Tempest: Without A Body (2008) concerning power and terror and the unlawful use of state power post 9/11.