A cultural canine caper for children this April

From the pen of best-selling New Zealand author, Jenny Pattrick, comes Around the World and Buck Again...  that’s right… Buck again! The latest production from Capital E National Theatre for Children will premiere in the April School holidays, 7 -21 April.

Buck first appeared as the much-loved sheepdog in The Farm at the End of the Road in 2010. He’s since traveled to France, England and Australia and has been crowned World Sheepdog Champion. Now back home again, all is not going to plan as he finds himself in quarantine with pompous British bulldog Horatio, flirty French poodle Fifi and an unusual Mexican Chihuahua named Delores Del Mar. All longing for home a cultural exchange ensues as they swap stories of grand English manors, stylish Parisian quarters and Buck’s love of his Kiwi farm.

Writer, Jenny Pattrick, explains where the idea began, “Laughton and I had great fun writing this show. While living in France we noticed how 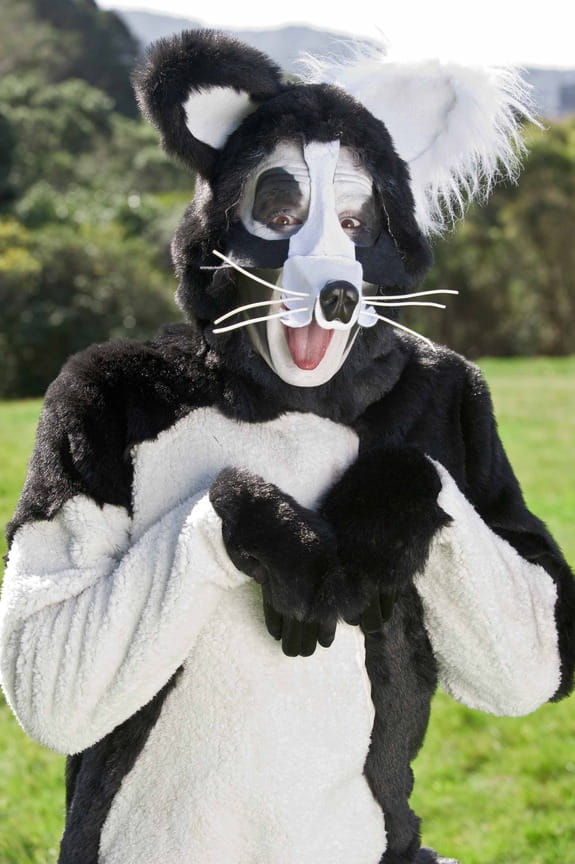 different attitudes to dogs were there. They went everywhere with their owners - on buses, planes, trains, into supermarkets and often in shopping bags. This gave us the idea of writing about a group of different nationalities of dogs and putting them all together in a quarantine station here in New Zealand.”

Directed by Kerryn Palmer, performed by an energetic cast of four, Phil Grieve, Jessica Aaltonen, Belinda Wylie, Adam Burrell, and brought to life by the charming toe-tapping sing-along songs of Laughton Pattrick. This comic canine caper for ages 2 – 7, begs attention and will have the whole family entertained these holidays.

Audience members are encouraged to dress up as their favourite dog breed to win a spot prize!