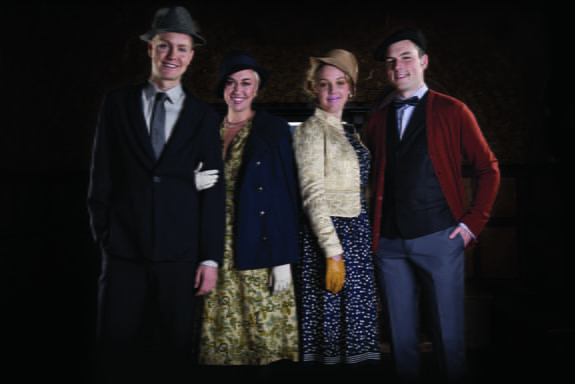 If you could compare concerts to sporting fixtures, this one would have to be the All Blacks versus the Springboks. Every performer in this huge work will need to draw on their entire reserve of skill, strength and stamina.

The Missa Solemnis stands alongside the Bach B minor mass as one of the pinnacles of Western sacred music. It took Beethoven, then at the height of his powers, four years to write. He said that out of all his works, this was the one closest to his heart.

VWO music director Marc Taddei says it was a deeply personal work to Beethoven. “So much so that he delayed the composition of his great Ninth Symphony to finish this, in terrible circumstances, including total deafness,” Taddei says.

VWO conductor Marc Taddei recalls first hearing it performed at the famous Tanglewood festival when he was still a student.

“I have wanted to immerse myself in its splendour ever since,” Taddei says.

The solo vocal parts will be performed by four fresh young talents in New Zealand’s opera scene. Emma Fraser, Bianca Andrew, Cameron Barclay and Kieran Rayner are friends who have performed together and separately in some of Wellington’s most innovative and talked-about productions.
They’ve starred in Days Bay Opera’s Marriage of Figaro, Alcina and The Voyage to Rheims, and the stunning New Zealand School of Music production of Benjamin Britten’s Midsummer Night’s Dream.

So the four are in a sense almost a ready-made ensemble, perfect for the vocal quartet of soloists in Beethoven’s Missa Solemnis. “We’re all really good friends,” says baritone Kieran Rayner.

Beethoven envisaged his soloists as a quartet of equals working as a unit.  “I really like that sound, as the melodies of the four vocal soloists intertwine,” Rayner says.

Rayner describes the Missa Solemnis as an uplifting work.
“It’s a Solemn Mass. But it feels a lot more joyful than I expected. There are lots of uplifting parts, and it’s very beautiful.”

Mezzo soprano Bianca Andrew is especially drawn to the second half of the work, where it becomes more solemn. “It feels very human to me.”

The concert opens with a short, elegiac work by John Psathas, Luminous.