Actor, writer, director and producer, Nancy Brunning was recognised for her contribution to Māori arts this week at the 2019 Te Waka Toi Awards held in Rotorua on Saturday night.

Awarded the Te Tohu Kē a Te Waka Toi award for significant, positive impact on the development and practice of Ngā Toi Māori, Nancy was aware of the award before her death.

Artists from around the country overwhelmingly supported the award with fellow actor Cliff Curtis sharing,

“Consistently kind, calm and clear in words and actions. She held in her soul an artist’s love for humanity and for her people. She shared her love through her work and made a profound contribution that will live on. Ngā mihi aroha ki a ia me tana whānau hoki.”

Actor Rawiri Paratene who received the award in 2013 said,

“Nancy Brunning is quite simply one of the greatest actors that this country has ever produced!”

Nancy passed away peacefully in Wellington on Saturday 16 November with her family and daughter beside her. Nancy’s family accepted the award on her behalf.

The Supreme Award Winner is sculptor Rex Homan (Te Rarawa) who over a thirty-year career is regarded as one of country’s finest wood-sculptors specialising in life like bird, flora and fauna works.

The Arts Council of  New Zealand Toi Aotearoa thanks our partners and supporters of this year's awards: 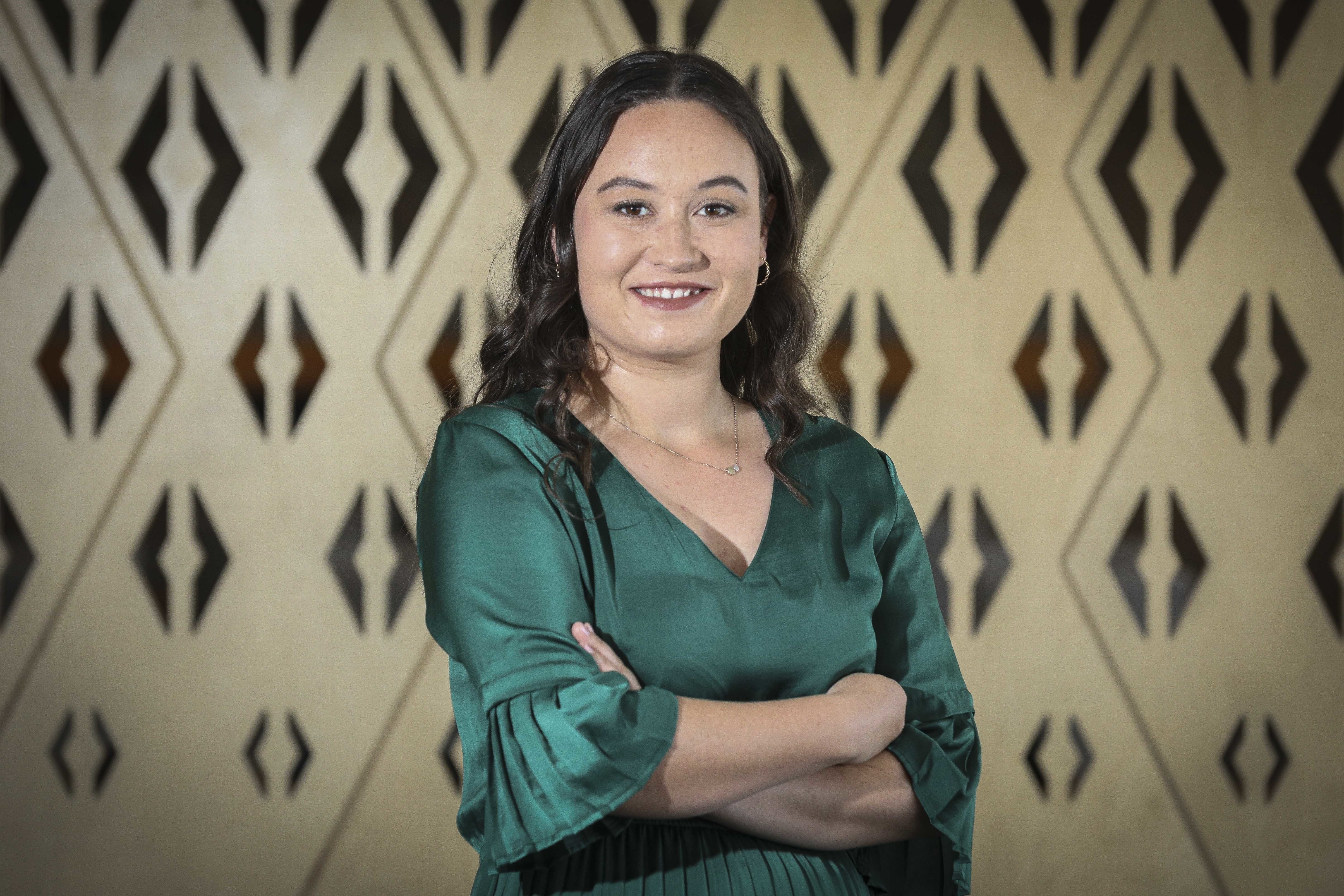 Is a founding member of Cove Theatre based in Hamilton. Cian recently completed a Bachelor of Teaching/Bachelor of Arts at Waikato University. She co-founded Cove Theatre in her last year of study at Waikato University and then their first production Rauru, which she co-wrote, performed and produced, went on to be programmed by both the Rotorua Fringe Festival and Kia Mau Festival.

Cian clearly centers kaupapa Māori behind the stories she develops and uses theatre to strengthen connections to her whakapapa and Mātauranga Māori. Cian has proven her bright future by securing further funding for the development and tour of works to Hamilton, Wellington and Auckland. 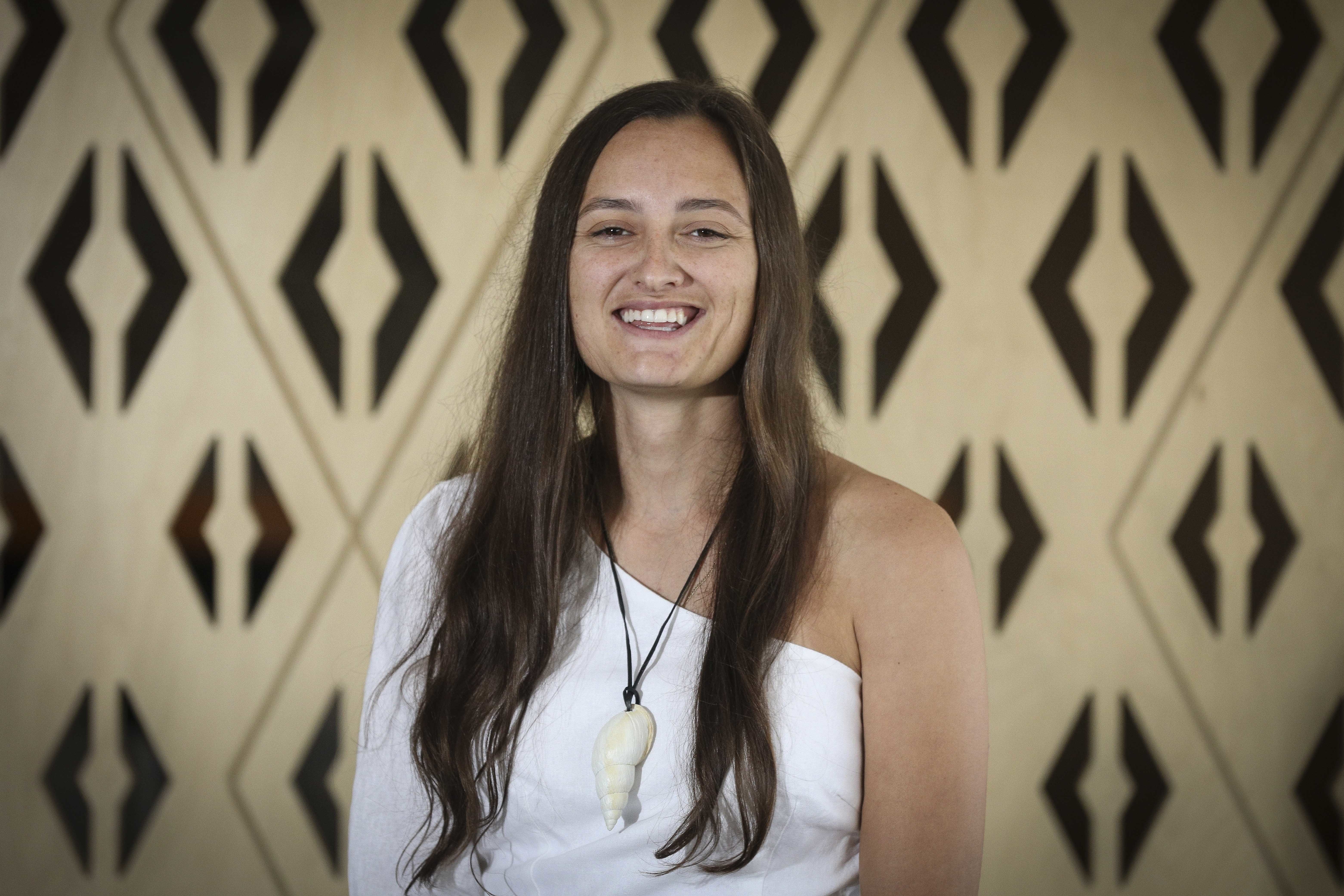 Hine Waitai-Dye is of Ngāti Kuri descent. Hine is currently studying Waka building at the New Zealand Māori Institute of Arts and Crafts, and she wishes to continue this mahi as well as her work as a Tā Moko artist her upbringing in Te Taitokerau has informed her strong knowledge of Mātauranga Toi.

Hine has assisted with the building of waka for the Suquamish Nation and contributed to the construction of canoes in Hilo, Hawaii and the recent Rātā waka symposium in Whāngarei.  The judges noted that Hine is a strong role model for Māori women, unafraid to enter areas usually seen as the realm of men in tā moko, whakairo and canoe building; and when having acquired these skills and experiences continues to return home to her iwi of Ngāti Kuri, thereby demonstrating her commitment to te 'hau kāinga’. Award winning actor, director, writer Nancy Brunning has been a major force in kaupapa Māori stories and an advocate for te reo Māori. She dedicated many years to supporting arts practitioners and was renowned for setting very high standards while coaching and as a Director for both for stage and film.

In 2014 Nancy was awarded a CNZ  internship to attend the indigenous writing programme at the Banff Centre in Canada. Her most recent work was Witi’s Wāhine which she wrote and directed. The play premiered to great acclaim at the inaugural Te Tairāwhiti Arts Festival in October this year. Co-founder of Hāpai Productions with actor/director Tanea Heke, Nancy was also a valued arts assessor for CNZ.

Nancy passed away peacefully on 16 November with her family beside her. Sadly Nancy’s passing came the day before she was publicly named as the recipient of the Bruce Mason Award 2019 by Playmarket.  Her Te Waka Toi Award will be received by her family. 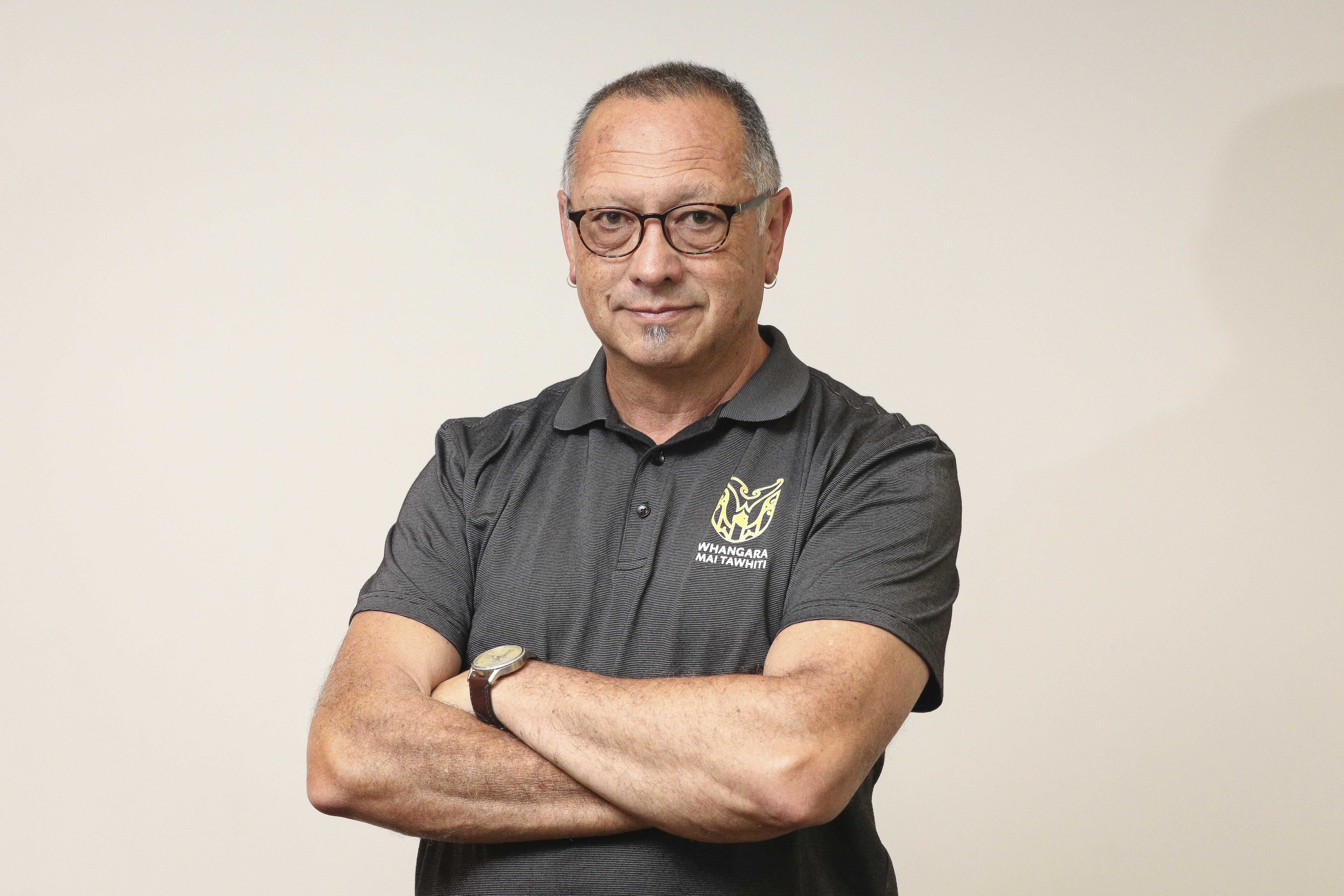 Painter, carver, traditional Māori performance artist, composer, graphic designer, researcher of whakapapa, oral histories and kaikōrero, renowned tā moko artist and a champion for te reo Māori .  Derek won NZ Arts Foundation Laureate award in 2004, was the inaugural Gallipoli artist-in-residence in 2006, and was awarded the honour of Officer of the NZ Order of Merit in 2008. Renowned for designing large scale art works on Hikurangi maunga to installing knowledge into NZ Olympians and the All Blacks. Traditional performance arts (kapa haka) traditional martial arts (mau rākau), business entrepreneur.  Having performed throughout Rotorua for many groups, Wetini and Irirangi Tiakiawa Tahuriorangi started the renowned performance group Te Mātārae I Ōrehu in 2002.  Wetini has been awarded the national male leader title at Te Matatini  a total of five times and in a very short timeframe, Te Mātārae I Ōrehu has won the national title two times.  In 2002 Wetini founded Mitai Maori Village in Rotorua, a Māori cultural performance and tourism attraction at Fairy Springs (Te Puna o Tūhoe), Rotorua. Through Mitai, Wetini wanted to provide employment for family and the wider community. As it nears 20 years of operation it  employs more than 100 people including thirteen full-time staff. 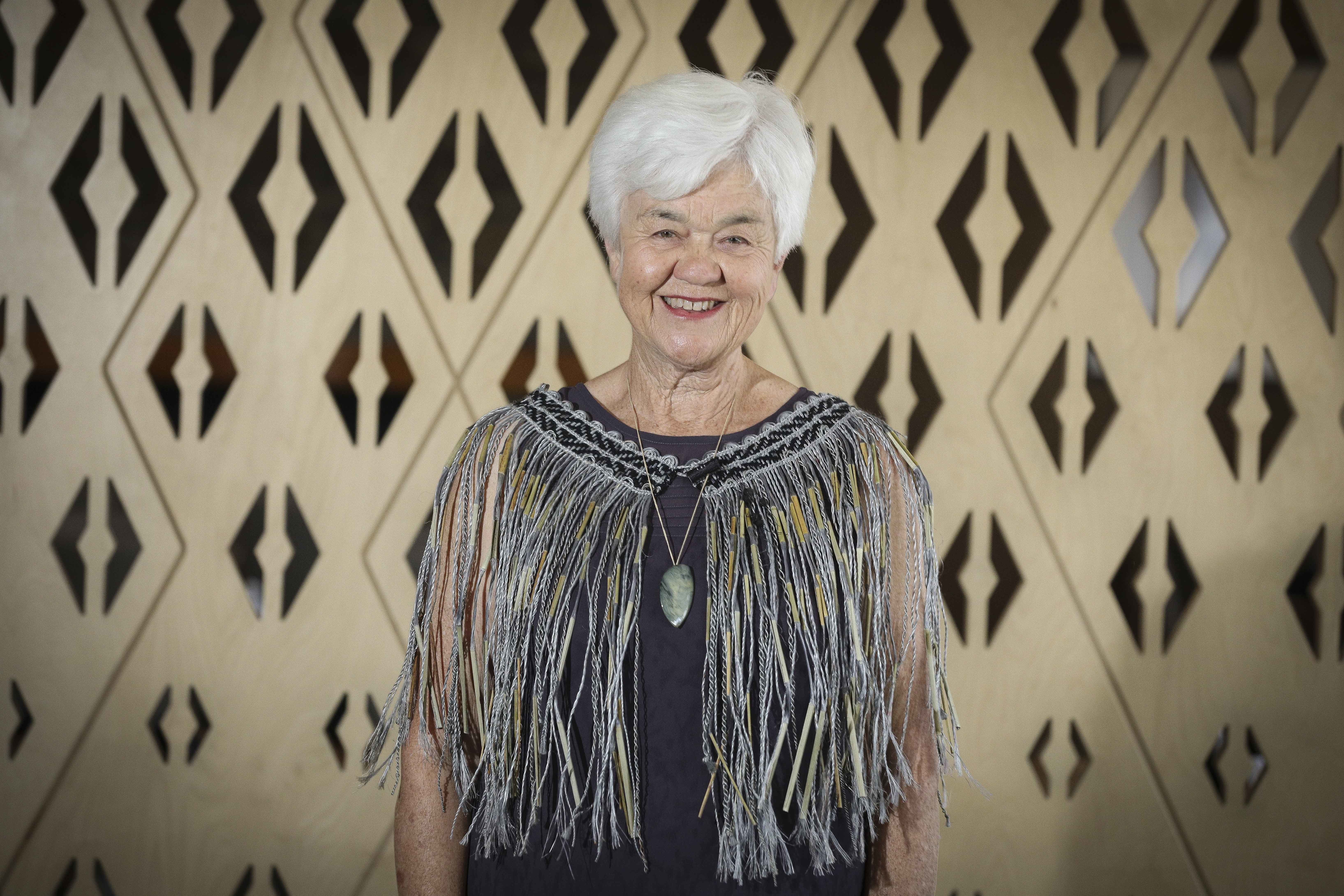 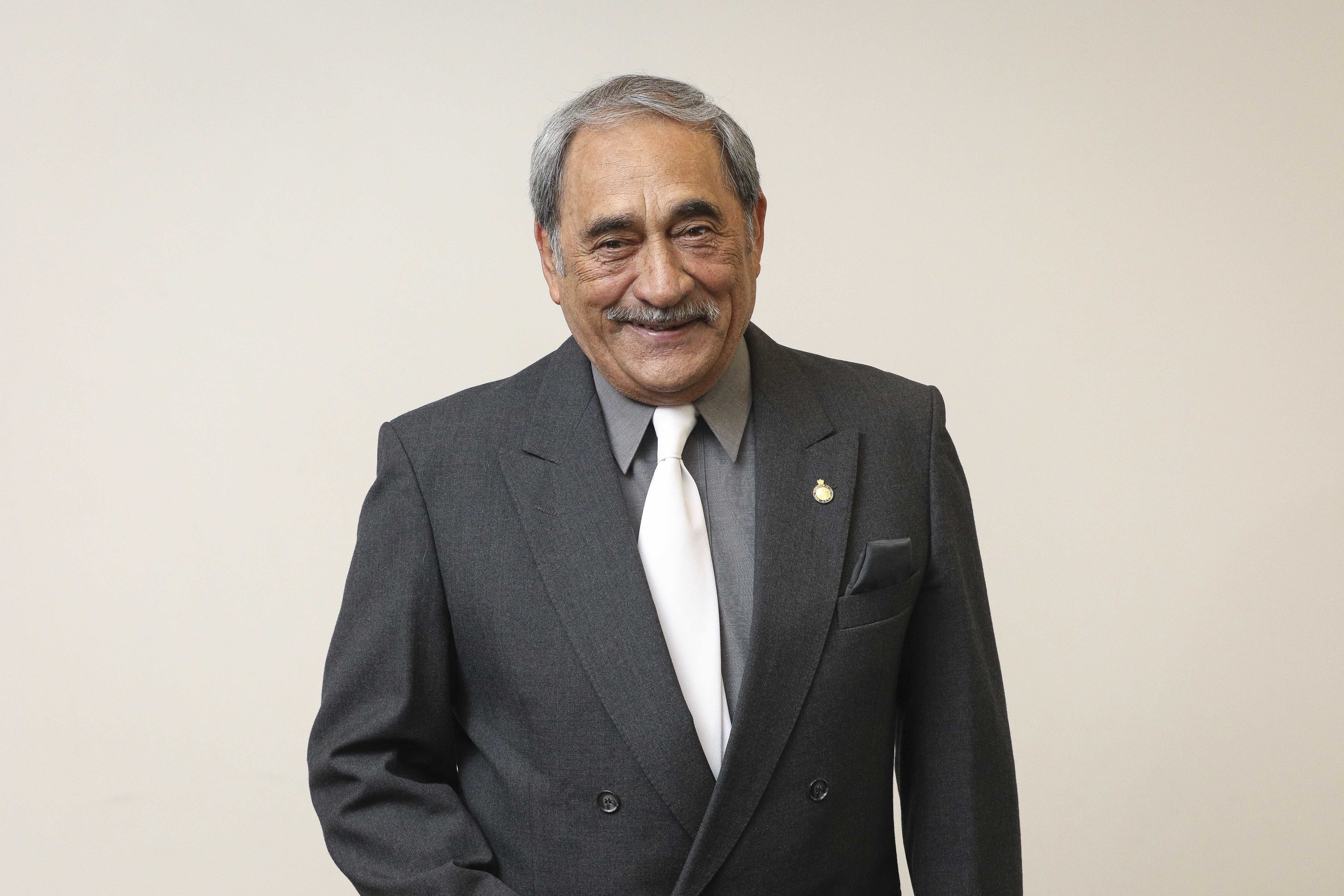 Rim D Paul is an important choral leader with a career that has brought high-quality Māori music to new domains.  Noted for connecting Māori Choral groups with choral groups from range of ethnicities around the country, Rim has also worked with Māori showbands the Māori Hi-Quins and the Quin-Tikis. Rim D Paul has distinguished Māori music ancestry -  his father Tai Paul, the musical arranger for the Howard Morrison Quartet and the Māori National Choir. In 1990 Rim formed the choir for New Zealand’s 1990 Sesquicentennial that performed at WOMAD 1992.  In 2013 at the age of 71, Rim D Paul produced his first solo album, Waiata, Wairua, Waiora 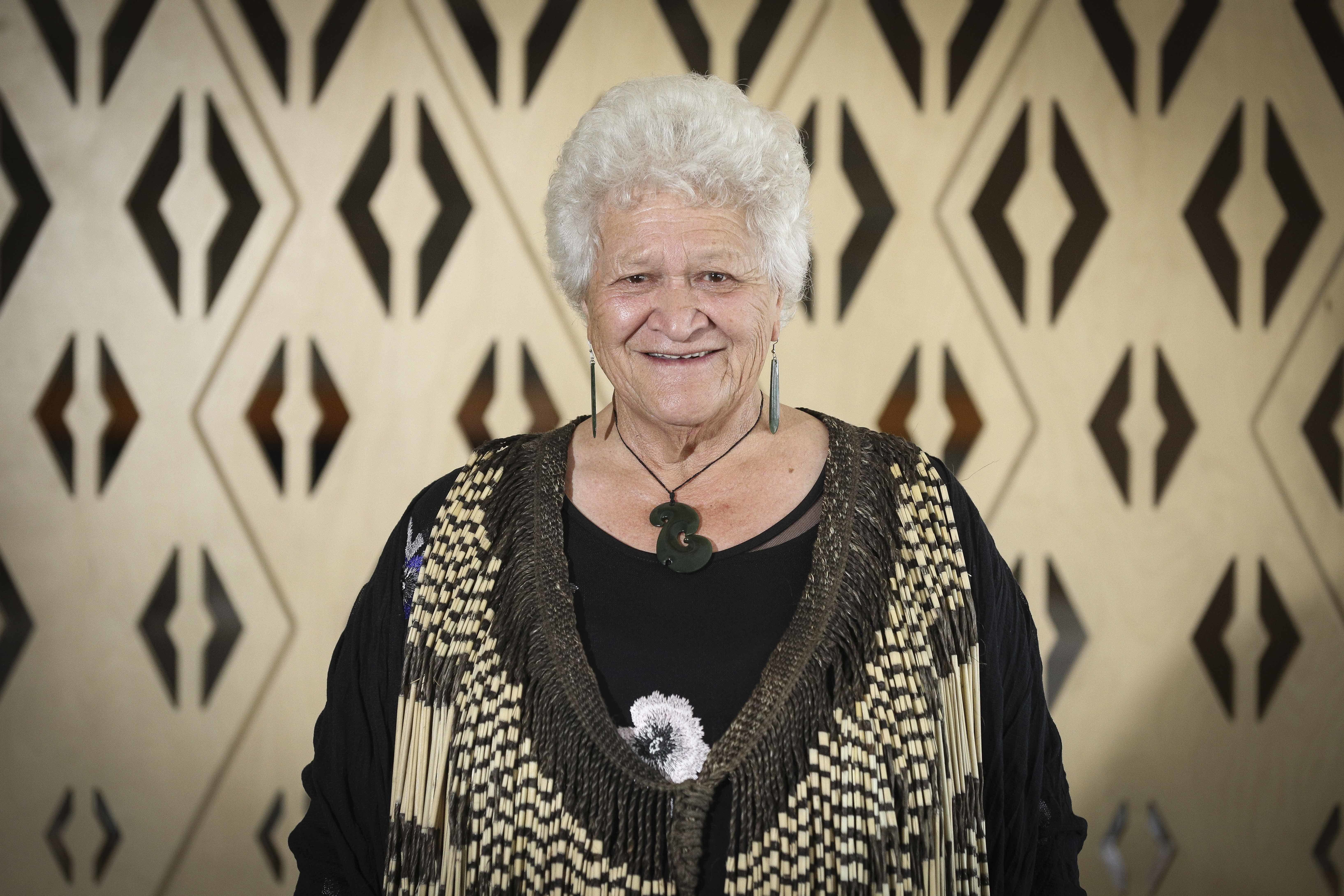 A senior weaver in Aotearoa, respected within the ranks of equally accomplished senior weavers and part of Ngā Kahui Whiritoi, Sonia is widely admired for her fine weaving, especially her whāriki, kākahu, kete whaikairo, and tukutuku.

Sonia has also been a teacher of younger weavers and a long-time participant in Te Roopu Rāranga Whatu o Aotearoa (New Zealand National Māori Weavers’ Collective).  For many years, Sonia has been a tutor in weaving at Te Wānanga o Raukawa. 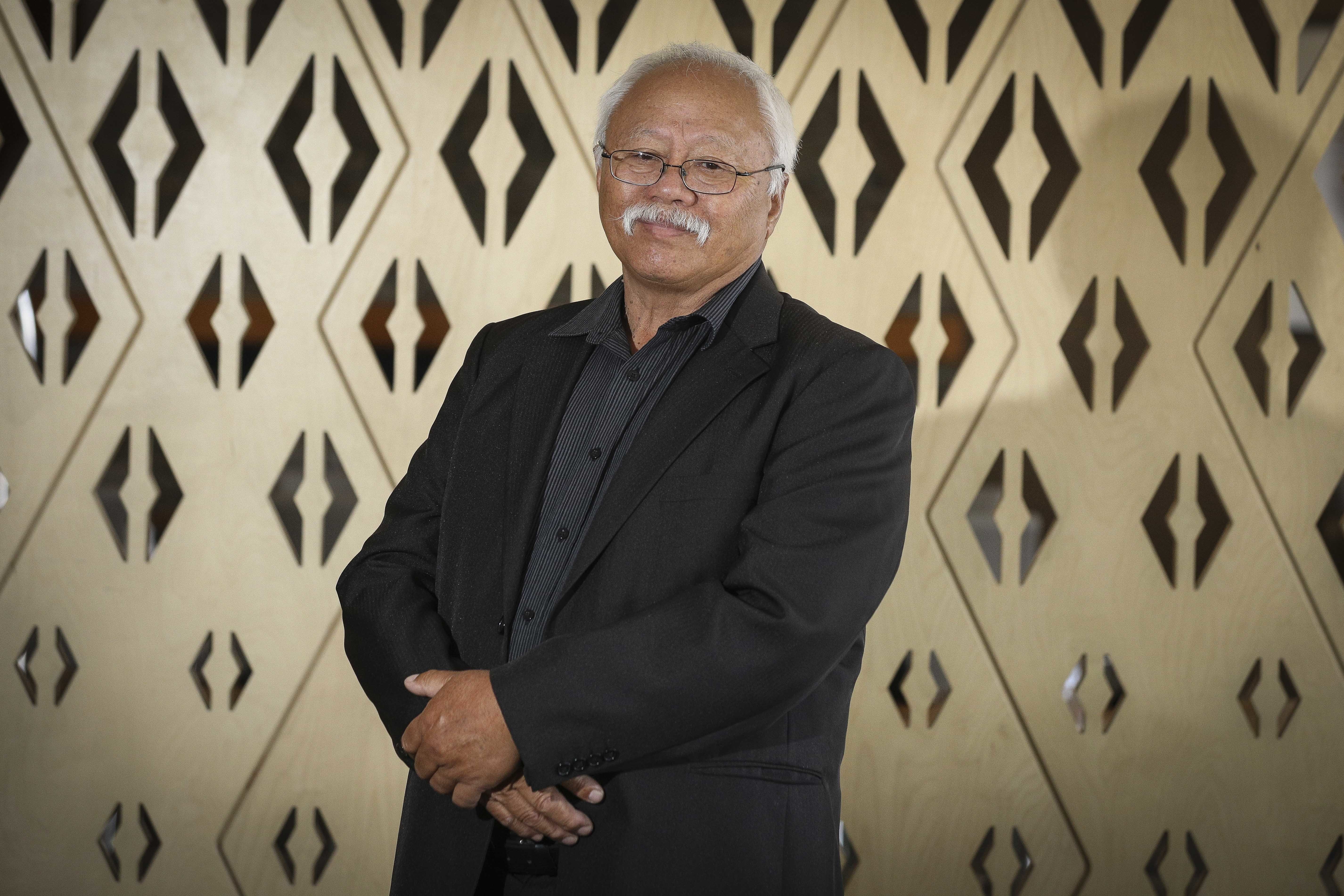 Born in Kawakawa and educated in Kaikohe and at Auckland University's Elam School of Fine Arts Allen had an extensive 30-year career as a teacher that included positions as a senior lecturer in the School of Design at Wellington Polytechnic and the head of the School of Applied Arts at Northland Polytechnic.

Allen worked for 12 years for the Ngapuhi Runanga in Kaikohe and has been a Māori design consultant on a number of significant projects, including the Tomb of the Unknown Warrior at the National Memorial in Wellington and the New Zealand Memorial Anzac Parade in Canberra.  His design work and carvings have earned him respect in New Zealand and overseas. From school age Kura was taught by some of New Zealand’s most prominent artists, Selwyn Wilson and Buck Nin who encouraged her to study at Ilam School of Fine Arts in Christchurch where she graduated in 1973 with a Diploma in Fine Art (Honours)

In 1974 Kura completed study to be a secondary teacher at Christchurch Training College and has taught at a number of New Zealand institutions, including secondary schools, tertiary colleges, universities and Whare Wananga.

Te Māori Award: Recognising Leadership in the Development of the Te Māori Exhibition

Ihakara (Kara) Puketapu – Te Atiawa
Recognising the outstanding contribution by an individual to the success and legacy of Te Māori. Kara was fundamental to the success of the Te Māori exhibition as Secretary for Māori Affairs, working under the auspices of the Queen Elizabeth II Arts Council.  This watershed international exhibition of Māori art – Te Māori (1984 – 1987) made a significant impact on the value of Māori cultural heritage, arts and people in New Zealand.  This award is to restate the importance of Te Māori in the present and for future generations.  The inaugural award will be a wahaika named Te Wehenga, produced by Rangi Kipa and acquired by Te Māori Manaaki Taonga Trust in 2015 to mark the launch of the new Trust deed. 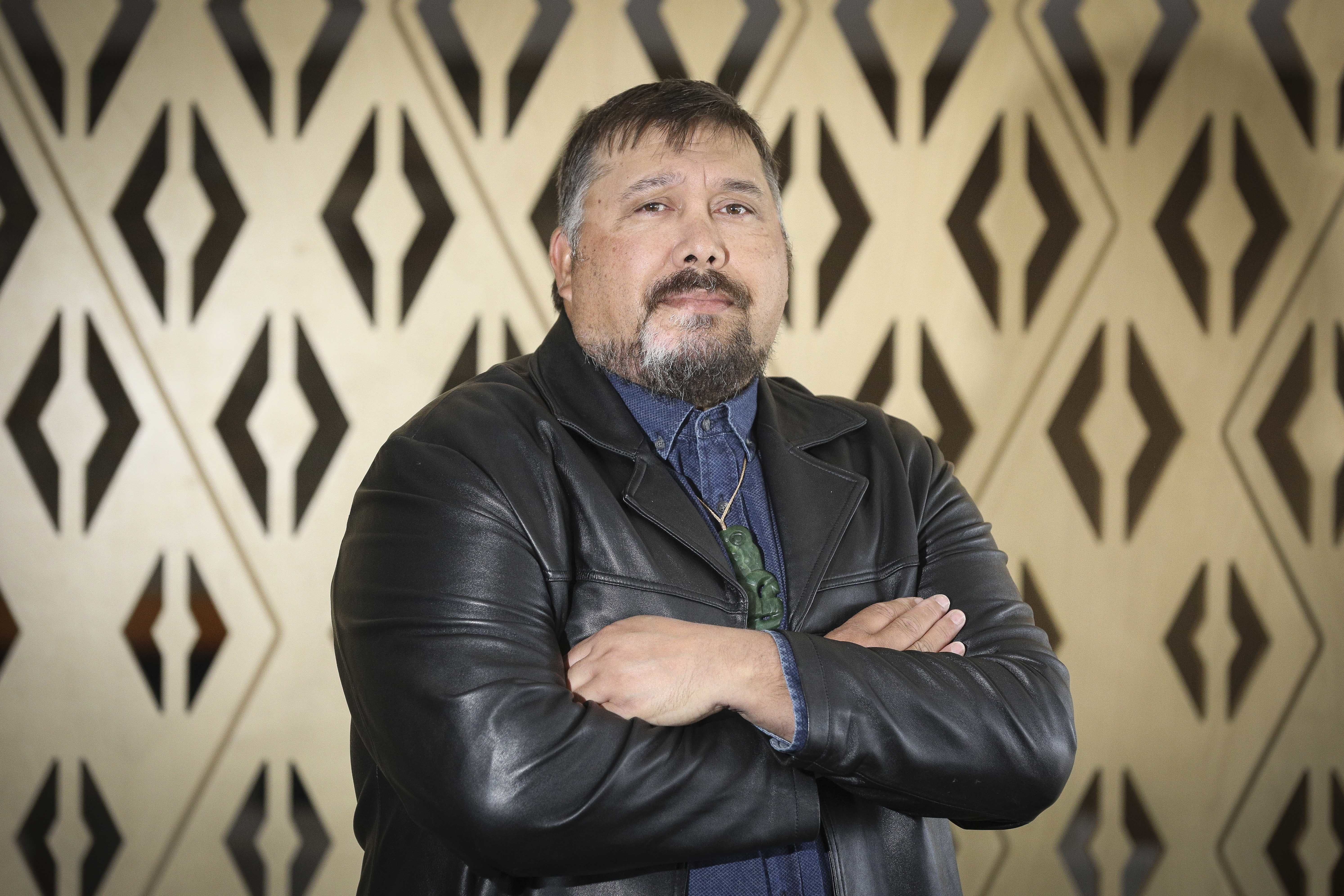 Lewis Gardiner is regarded as one of the foremost Māori pounamu artists in the country. In 1994, he graduated in Māori Craft and Design at the Waiariki Institute of Technology here in Rotorua and during his final year he was introduced to the valuable medium of pounamu (jade).

In 1995, he became a full-time jade and bone carver specializing in traditional Māori imagery. For almost 25 years Lewis has run his own greenstone studio in Rotorua that is regarded as one of the foremost design studios in the country.  Lewis frequently exhibits internationally as part of residencies and artist exchanges. 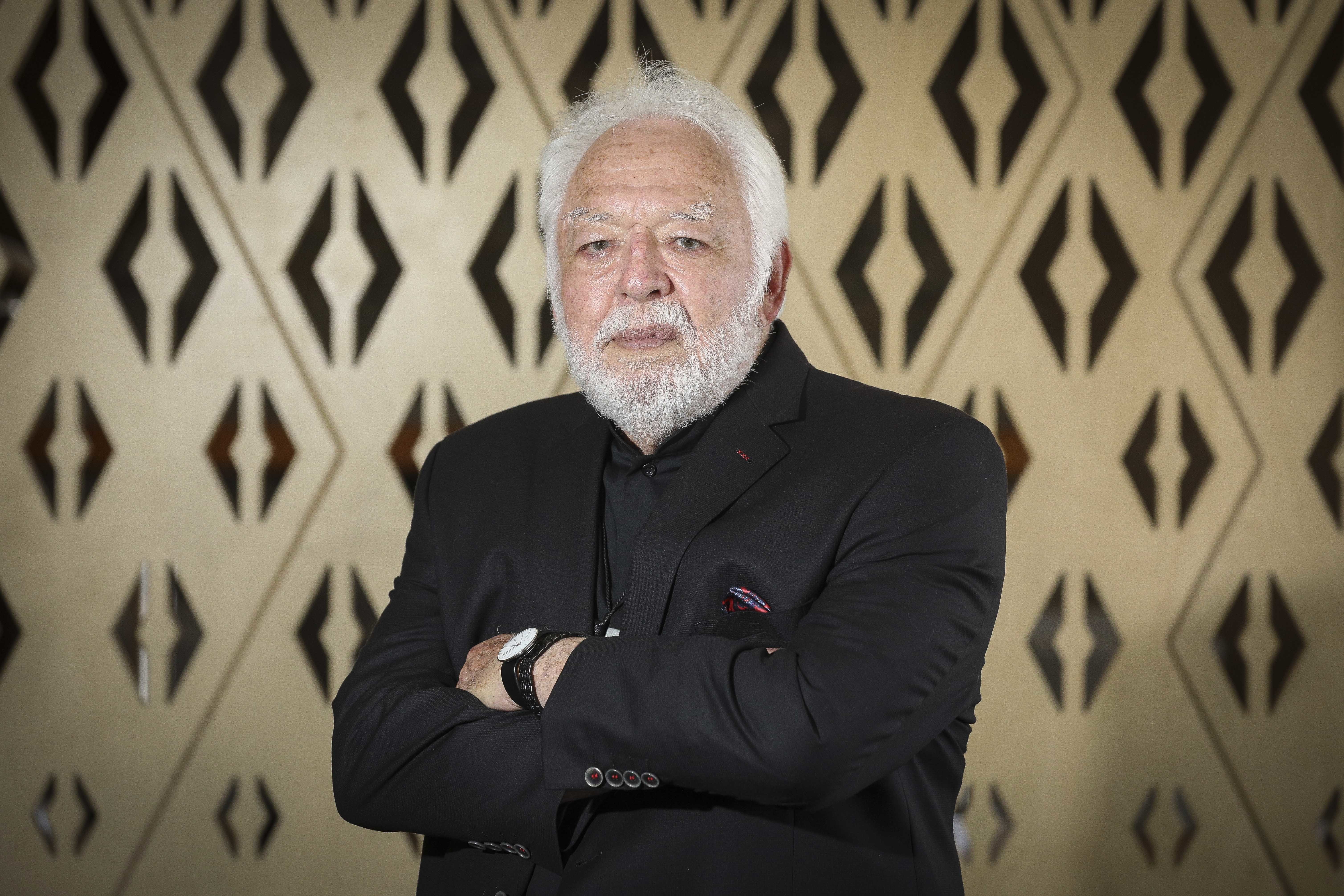 Rex Horman is a Coromandel-based artist and regarded as one of country’s finest wood-sculptors with a long career that found recognition in the 1960s and 1970s.  Rex describes his work as contemporary Polynesian, drawing heavily on nature and mythology.