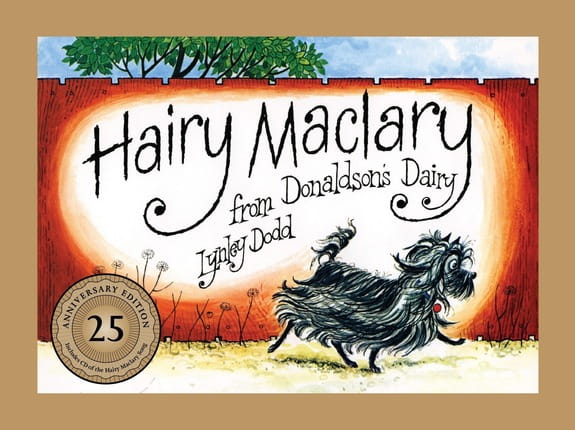 The Duchess of Cornwall has declared 'Hairy Maclary from Donaldson's Dairy', written by New Zealand children's author Lynley Dodd, to be one of her favourite books.

To celebrate the 20th anniversary of the flagship scheme of one of Her Royal Highness's charities, Booktrust, The Duchess has chosen the 1983 renowned children's novel, which charts the adventures of Hairy Maclary, as a book which she pledges to share with others this year.

In a message for the Booktrust website to commemorate 20 years of the Bookstart scheme The Duchess said:
"This year Booktrust is celebrating the 20th Anniversary of Bookstart, its flagship scheme, which has been so successful in promoting the benefits of reading aloud to children by their parents, and their grandparents. As a grandmother myself, one of my favourite books for younger children is 'Hairy Maclary from Donaldson's Dairy' by Lynley Dodd. I read it to my grandchildren, whenever I can, as we all love the rhyming descriptions of the hilarious adventures of this naughty little terrier, and his gang of canine friends."
Her Royal Highness, who will accompany The Prince of Wales on a visit to New Zealand later this year as part of the celebrations of Her Majesty The Queen's Diamond Jubilee, is an avid reader and has been keen to promote the benefits of reading both to children and adults alike. The Duchess of Cornwall holds four literacy-related patronages. Her Royal Highness is Patron of The National Literacy Trust, the Wicked Young Writers' Award, Booktrust and First Story.
'Hairy Maclary from Donaldson's Dairy' is just one in a series of children's books from prominent New Zealand author Lynley Dodd, who has written over 30 books in a writing career spanning almost 40 years.