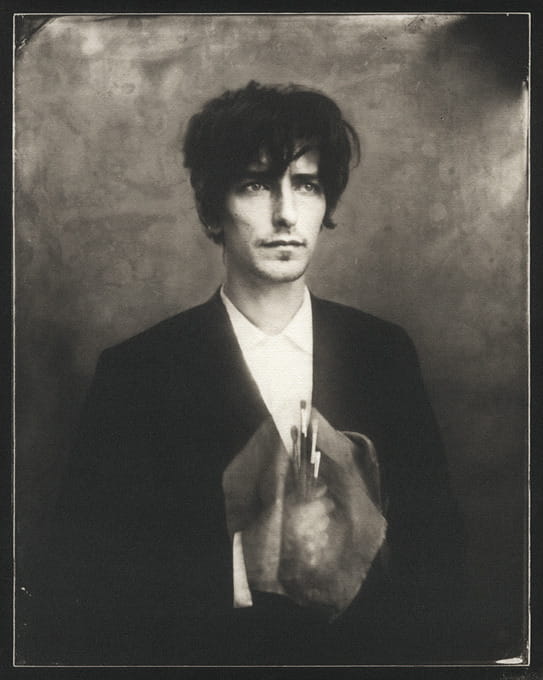 Ben’s work employs the 19th century photographic process which creates one-off positives on glass or metal. While resident at the Künstlerhaus Bethanien, Ben will work on a project entitled One’s own Grey which will expand on his photographic practice as well as furthering his recent exploration of pre-cinematic technologies.

In particular he will explore specific sites in Berlin and Germany and investigate how the history and memories associated with these places affect peoples’ perceptions.

“I'm thrilled to be given the opportunity to immerse myself in such a melting pot of diverse cultures and arts as well as having access to Berlin's great art collections and being within striking distance of other major collections elsewhere in Europe.”

“The rich and colourful history of Berlin is something I'm particularly interested in working with. Being offered a space at the Kunstlerhaus Bethanien, which is such a hub for other artists, curators and writers from across Europe, is something I'm very grateful for.”

Creative New Zealand Chief Executive Stephen Wainwright said the residency was a great chance for visual artists to dedicate twelve months to the development of their chosen project. “Ben will also be at the centre of a creative hub in a year when New Zealand will have a high profile presence in Frankfurt which will provide a back drop of opportunities for Ben to not only develop his career opportunities but also represent New Zealand visual arts practice. ” he said.

Christoph Tannert, director of the Künstlerhaus Bethanien, said the jury was impressed by Ben’s exciting combination of classical photography within a contemporary concept. “Especially interesting is Ben’s approach to light within the photographs as well as the examination of the psychological elements of his work.”

About Ben Cauchi
Currently based in Whanganui, Ben Cauchi has just completed an artist-in-residence at the McCahon House studio in Auckland. He developed a keen interest in history at an early age, coming to photography in his mid 20's, inspired by the work of its pioneers.   Since completing his studies at Massey University, Wellington in 2000, Ben has become highly recognised both for the ‘wet-plate' processes, which he has used almost exclusively since 2002, and the intriguing photographs he creates. In 2007 he was the Francis Hodgkins Fellow at the University of Otago in Dunedin. This proved to be a key year as his work started to shift from the mystical and spiritualist concerns of his earlier practice, to tackling more psychological subjects. The resulting exhibition, Dead Time, was mounted at the Hocken Gallery in Dunedin and also toured to Christchurch Art Gallery.

In 2011 Ben completed the Rita Angus Cottage residency in Wellington and is working towards a solo show at City Gallery, Wellington, which will open in October 2012. His most recent exhibition, The Lunar Apogee is currently being showcased at the Lopdell House Gallery.  Ben’s  work has been collected by every major public collection in New Zealand, as well as the University of Wollongong and the National Gallery of Australia collections. A significant holding of his work is also housed at the Art Gallery of New South Wales. Ben was the recipient of an Arts Foundation New Generation Award in 2011.