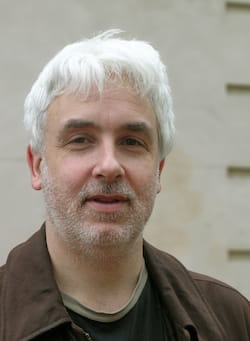 David Downes intends to “reset his creative compass” and get back to “pure music-making” during his tenure as the next Creative New Zealand/Jack C Richards Composer-in-Residence at Te Koki, New Zealand School of Music. The composer will take up the position from early July 2012.

"Following a decade of work in the 1990s composing mostly electronic scores for New Zealand dance and theatre projects, from 2000 on my focus shifted towards exploring smaller, more personal acoustic/electronic works for solo performers and chamber ensembles," David says. "During this time, my interest in animation and film-making also grew and I have become increasingly driven towards creating a fusion of sound and image. Although I see the mediums of moving image and music occupying a singular creative space, they do require a distinct division in terms of time, energy and critical assessment. I hope to use this residency as an opportunity to reset my creative compass somewhat, and focus more on pure music-making."

Professor Elizabeth Hudson, NZSM Director, is particularly looking forward to David's creative input to the School. "David has such a broad experience and expertise, especially in electronic music and sonic arts," she notes. "Both students and staff will have a wonderful opportunity to gain insight and inspiration from his work.

"One of the major advantages of this residency at NZSM is the proximity of so many world-class performing organisations and ensembles," Elizabeth continues, "both through the resources and staff of NZSM, and our colleagues in the wider Wellington performing arts community."

During the residency David will take up the opportunity to live in the former home of composer Douglas Lilburn, a Thorndon property maintained and managed by the Lilburn Residence Trust.

David's music has been commissioned and toured by groups such as The New Zealand Chamber Orchestra, NZTrio, Stroma (NZ), Defying Gravity (Australia), BackBeat (UK) and Strike (NZ). He has also worked alongside a number of notable New Zealand musicians and composers including Mahinarangi Tocker, Zane Te Wiremu Jarvis and NZSM lecturers John Psathas and Jack Body. With the former he co-composed and was part of the team that produced musical ‘soundtracks’ for hugely innovative The Wall and High Ride multimedia experiences featured in ‘OurSpace’ at Te Papa and he worked alongside the latter as music consultant and performer on the award-winning score for Vincent Ward’s acclaimed film Rain of the Children.

Other highlights include the highly acclaimed 1999 dance-opera Jerusalem with choreographer Michael Parmenter, and the production of several international award-winning films including the 2000 digital feature A Small Life and the 2004 animated short Generation. The latter has screened in more than 40 film and art festivals worldwide picking up several awards including ‘Best Music’ from Portuguese film festival ‘Cinanima’. Kingdom, a commission from NZTrio, was premiered at the 2010 New Zealand International Arts Festival. The work, which incorporates live performance and a projected animated film, stunned audiences and extended the piano trio repertoire in new directions.

Fascinated with the language of metaphor, and believing firmly in the expressive strength of the medium hybrid, Downes often looks to other disciplines in the process of creating and realising ideas. His interest in technology and engineering has led to an ongoing design of new instruments, noise devices and experiments such as cross-medium uses of motion capture data. For a year he also experimented with training a magpie for the specific purpose of performing an original composition.

About the Residency
The Creative New Zealand/Jack C Richards Composer-in-Residence at the New Zealand School of Music scheme offers a New Zealand composer the opportunity to pursue creative activities, hosted by NZSM, Wellington. The term of the residency is from July 1 to June 30 each year.

The Resident Composer receives a stipend thanks to grants from Creative New Zealand and Victoria University of Wellington, and generous private sponsorship from Dr Jack Richards. In most years, the Lilburn Residence Trust is able to offer, for a modest rental, Douglas Lilburn’s former home to the composer during his or her residency.