Rugged New Zealand country and character is the over-riding theme in the three winning books for the New Zealand Society of Authors Best First Book section in the New Zealand Post Book Awards announced today. Each author wins a prize of $2,500.

Miriama says, “Brimming with verve and energy, these three books stood up and declared themselves winners. One of the most exciting things about this trio is that they are not just the best in a field of new and untested authors, they are, in fact, simply excellent works that stack up against the toughest competition. We are thrilled to declare them winners of the New Zealand Society of Authors Best Book awards.”

Set on the West Coast, Amy Head’s Tough mines the ‘then and now in a literary panorama mirroring the very place upon which the collection is built.’ The judges said that Amy’s writing is clean, unfettered, yet fulsomely expressed.

“If Kiwi filmmaking can be characterised as ‘cinema of unease’, then Horse with Hat is the literary equivalent – dark, quiet, explosive and compelling. The book reflects those quintessential markers that so many New Zealand families will recognise, whether with joy or reluctance. Galloping from poem to poem, Marty’s work is an innovative and unsentimental observation of relationships, the most primal of all – within the family,” says Miriama.

The judges asked themselves what more could be said about the tragic events at Pike River? “It could have been easy for us to have looked at this book with a jaded cynicism. But this is the bigger picture in all its damning detail. From the first page this book grabs the reader and takes them on a

coal-ride of horrific proportions, reminding us of forgotten moments, contextualising events. And then there’s revelation after revelation.”

The judges agreed that each of these three books sports a confident, uncompromising and unique voice. Miriama concludes, “It may be all too neat, but the winners are united in a theme of mining.  Whether mining the anatomy of one tragic event, the particular characteristics of the West Coast and its occupants, or the depths of familial dynamics, this small but perfect collection is a triumph, rising above any dark moment to declare themselves as clear and worthy winners of the New Zealand Society of Authors Best First Books in the New Zealand Post Book Awards 2014. We congratulate Amy, Marty and Rebecca.”

The finalists in the New Zealand Post Book Awards 2014 will be announced on Wednesday, 23 July in the four categories of Fiction, Poetry, Illustrated Non-fiction and General Non-fiction as well as the four finalists in the Nielsen Booksellers’ Choice award. Voting in the popular People’s Choice opens on Wednesday, 23 July and closes on Friday, 15 August.

The winners of each category will be announced on Wednesday, 27 August at a glittering ceremony at Wellington’s Te Papa Museum, together with announcement of the overall winner who will be awarded the New Zealand Post Book of the Year prize.

For more information, please be in touch with the New Zealand Post Book Awards’ Media Adviser: 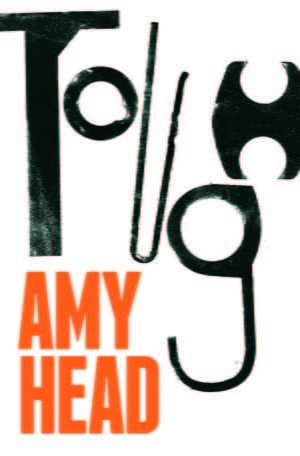 The remarkable stories in Tough tunnel back and forth between the West Coast’s present and its gold-mining past. They explore rugged lives lived out against rugged landscapes. But the stories also find moments of grace, solace and unlikely triumph. With unflinching honesty and dramatic flair, Amy Head gives us a new view of a place and a people on the margins.

Amy Head grew up in Hamilton, Auckland and Christchurch. Her debut short story collection, Tough, was included in the NZ Listener and Metro best books lists for 2013, and her stories have published in Sport, JAAM and Landfall. She lives in Wellington where she works as an editor. 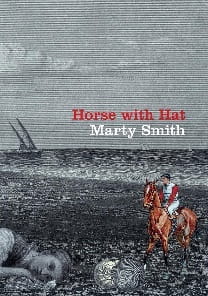 The poems in Horse with Hat look at the effects of the gift of silence from the men in Marty Smith’s family who suffered the Second World War. Other poems look at the long relationship between horse and man and the thousands of years the horse has stood as an icon of speed, power and civilisation.

Marty Smith grew up in remote hill country between Pahiatua and the sea. She teaches at Taradale High School and has a Masters in Creative Writing from Victoria University. 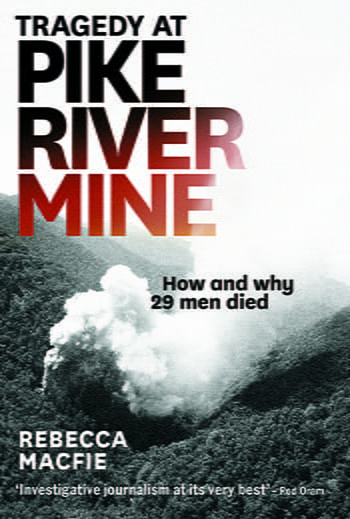 Tragedy at Pike River Mine

In November 2010 an explosion rocked an underground coal mine on the West Coast. After 101 minutes two men stumbled from the entrance. Twenty-nine remained trapped inside. For five days families waited and prayed until hope was extinguished. Pike River Mine had been touted as a showcase of modern mining but beneath the hype lay mismanagement, mistakes and wilful blindness. This powerful book provides chilling insights into the causes of the tragedy, and puts a human face on the people who suffered.

Rebecca Macfie is a senior writer with New Zealand Listener. She was previously a senior writer and deputy editor of The New Zealand Herald's Canvas magazine, editor and deputy editor of Unlimited magazine, and has written extensively for The Independent Business Weekly and National Business Review. She has 24 years’ experience in journalism and has won many awards, including, most recently, the 2014 Canon Media Award for Magazine Feature Writer Business and Politics.