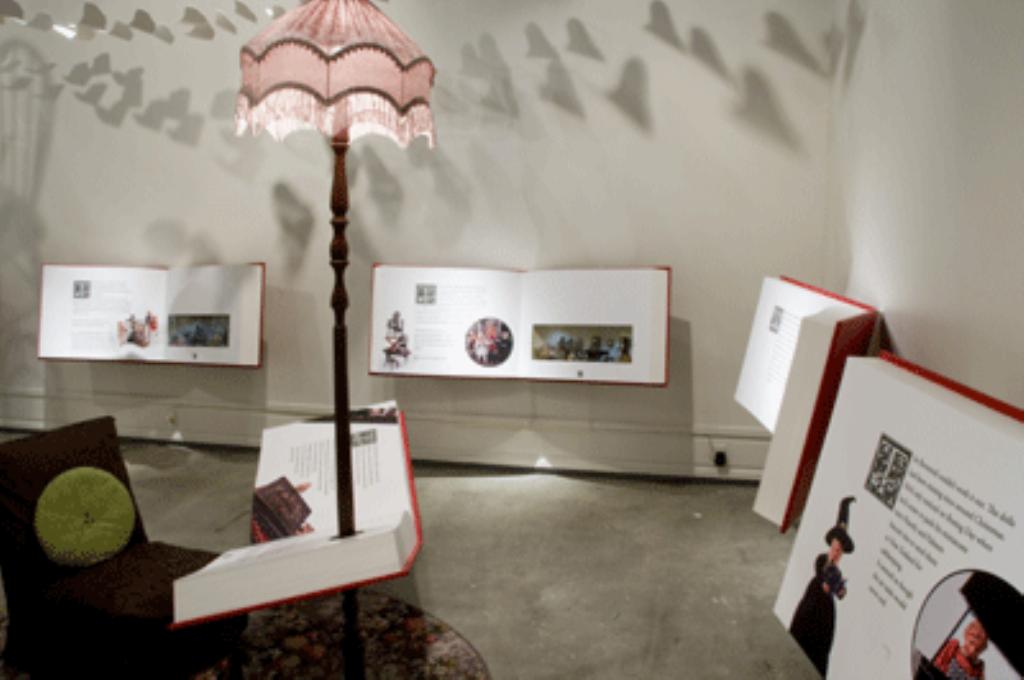 Award winning novelist and screen-writer Stephanie Johnson has
collaborated with the Hawke’s Bay Museum &amp; Art Gallery to write a
new children’s short story The Miniatures. Johnson was inspired by a
fascinating collection of miniatures held in the Hawke’s Bay Cultural
Trust’s collection. The museum has brought these miniatures and
Stephanie’s magical story together in an exhibition for all ages to enjoy.
The Bren collection of miniatures was assembled by the Right Reverend
Robert Bren in London in the 1930s and 1940s. His collection was housed in a specially made bookcase with 20 rooms, each furnished down to the smallest details of miniature oil paintings, electric lights and even a working piano.

When Bren died in 1957 his widow Mrs Gladys Mary Bren immigrated to Napier. The miniatures, totalling over 2000 individual pieces came with her to New Zealand packed in Huntley and Palmers biscuit tins. In 1958 she donated Bren’s miniatures to the Hawke’s Bay Cultural Trust – Ruawharo Ta-u-Rangi, where they have since become one of the treasures of this collection.

A single black and white photograph from 1945 and five small dolls
remain the only clues to the stories which inhabited the rooms of Bren’s
original display. It is these secret stories which inspired Johnson to
bring the collection back to life and with a new cast of characters she
weaves a magical moment around these tiny objects and creates a world of adventure and excitement which will capture the imagination of young and old alike.

Come to the museum, leap into a fantasy world and be delighted by this
unique collection and the storytelling talents of one of New Zealand’s
favourite authors. There will be a range of activities surrounding the
exhibition for all ages to enjoy – visit our website or contact HBMAG for
more information on how to get involved!

Stephanie is a sixth generation New Zealander and the author of over
a dozen books -novels, poetry and collections of short stories. She has
also written for the stage, radio and screen. Most of her work is set here
in Aotearoa, both during recent times and in the past. She has received
numerous literary prizes and awards.

Since 1988 Stephanie has worked as a creative writing tutor at various
summer schools and evening schools in Australia and New Zealand. With
Witi Ihimaera, she established the Masters in Creative Writing at the
University of Auckland and co-taught that degree from 2004-2006. Stephanie is co-founder (with Peter Wells) of the Auckland Writers and Readers Festival, a highly successful international festival that runs every year in late May.