Congratulations to Eleanor Catton whose novel, The Luminaries, has won the prestigious 2013 Man Booker prize. 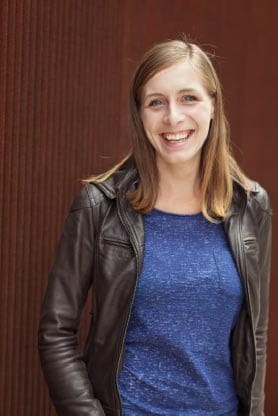 Eleanor worked on The Luminaries during her six-month residency in 2012 at the Michael King Writers Centre, funded by Creative New Zealand.

She has travelled widely over the last few years to festivals in Edinburgh, Shanghai, Perth, Toronto, and in 2014 she’ll appear in Adelaide, with assistance from the Creative New Zealand International Writer’s Fund which is managed by the New Zealand Book Council.

Eleanor was awarded the Louis Johnson New Writer’s Bursary in 2008, which has been in existence since 1990 thanks to a generous donation from Cecilia Johnson. This bursary is for emerging writers, and applications for the 2014 bursary are due on 28 February 2014.

Eleanor began lecturing at the Manukau Institute of Technology in February this year, where she shares the benefit of her experience.  Taking up the role she said: “Fiction can offer something that no other art form in the world offers: the chance to inhabit the mind of someone else. Curiosity, kindness, and empathy are prerequisites. Everything else can be learned.”

Our warmest congratulations go to Eleanor and to Victoria University Press.