The Arts Council of Creative New Zealand is pleased to announce sculptor and installation artist Simon Denny as New Zealand’s artist for the 56th Venice Biennale in 2015.

“Simon Denny is one of the most high-profile New Zealand artists working in the international contemporary art world today. His work is rich, intelligent, challenging and political. We are confident it will be very compelling within the context of the Venice Biennale,” says New Zealand Commissioner for the 2015 Venice Biennale, Heather Galbraith. 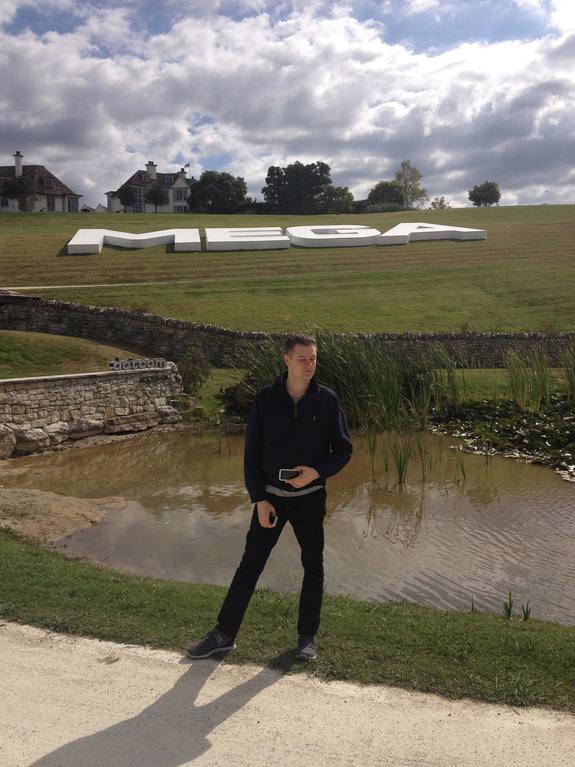 Denny's work has explored the culture of internet-technology firms, the obsolescence of analogue technology, corporate culture and contemporary constructions of national identity.

He is interested in information technology, for instance the ‘familiar-yet-strange’ conventions used in computer programs and interfaces. He plays with these conventions, in installations that combine sculptures, graphics, and moving images. Referring to new and obsolete digital technologies, he questions how information is controlled and shared.

In 2012, Denny was nominated for the Walters Prize and won the Baloise Art Prize at Art Basel. He was the only New Zealand artist invited to exhibit in the curated show at the 2013 Venice Biennale.

The Arts Council is also pleased to announce Robert Leonard as the curator for New Zealand’s presentation at the 2015 Venice Biennale. Leonard is one of New Zealand’s most experienced contemporary art curators and writers.

Denny and Leonard will present the exhibition Five Eyes. The title refers to the “five eyes” of the USAUK Security Agreement, which finds New Zealand, the United States, the United Kingdom, Australia, and Canada sharing “signals intelligence”.

“Simon and Robert’s partnership is very exciting,’’ says Galbraith. “Their presentation in the New Zealand pavilion will continue to build on our reputation as a country that has a potent, relevant and perceptive visual arts community.”

Eighteen high-calibre proposals were received for New Zealand’s presentation at the 2015 Venice Biennale. They were assessed by a Selection Advisory Panel, chaired by Arts Council Chairman, Dr Dick Grant. The panel was unanimous in its selection of Simon Denny and Robert Leonard.

“The Venice Biennale represents an incomparable opportunity for New Zealand artists to show their work on the world stage,” says Dr Grant. “It is the world’s largest and most prestigious international contemporary art exhibition, attended by key curators, writers and collectors, not to mention attracting enormous public interest.”

The 2015 Venice Biennale opens in June and runs for six months. It involves more than 80 countries and attracts over 30,000 key international curators, critics, collectors and artists to the three-day Vernissage (preview) period alone.

The 2015 announcement follows New Zealand’s highly successful 2013 exhibition by installation artist, photographer and sculptor Bill Culbert: Front Door Out Back, which attracted widespread national and international acclaim, and has attracted 140,000 visitors to date.

Simon Denny studied at the University of Auckland’s Elam School of Fine Arts and at Frankfurt’s Städelschule, graduating in 2009. Born in Auckland, he is currently based in Berlin.

In Germany, Denny started to explore the implications of recent changes in communications technology that saw bulky tube televisions replaced by flatscreens - the ‘box’ replaced by the ‘picture’.

His works punned on similarities and differences between televisions; flatscreens; vitrines; aquariums; paintings and minimalist boxes. He went on to address other themes, such as the culture surrounding internet technology firms, the obsolescence of analogue broadcast technology, neoliberal corporate culture, the demise of ‘welfarism’ and contemporary constructions of national identity.

In 2012 he was nominated for the Walters Prize (for Introductory Logic Video Tutorial, which premiered at Artspace, Sydney, in 2011) and also won the Baloise Art Prize at Art Basel for his Channel Document project on the design of the New Zealand passport. He was the only New Zealand artist invited to exhibit in the curated show at the 2013 Venice Biennale.

Denny’s work has been included in shows at major European arts institutions, such as the ICA, London; Kunsthaus Bregenz and the KW Center for Contemporary Art, Berlin; Fridericianum, Kassel and the Centre Pompidou, Paris.

This year he exhibited The Personal Effects of Kim Dotcom, at MUMOK, Vienna and presented All You Need Is Data: The DLD 2012 Conference Redux at Kunstverein Munich, Petzel Gallery, New York and Hamburger Bahnhof, Berlin. The shows received positive reviews in various publications including the New York Times, Focus, Frieze, and Süddeutsche Zeitung.

Portrait of Simon Denny in front of Kim Dotcom's Mansion, Auckland (2012). Courtesy of the artist and Michael Lett, Auckland.