A celebrated historian, a literary Dame and an internationally published poet were honoured tonight at the 2011 Prime Minister’s Awards for Literary Achievement at Premier House in Wellington.

Dame Fiona Kidman, James Belich and Peter Bland will each receive $60,000 in recognition of their significant contribution to New Zealand literature in the areas of fiction, non-fiction and poetry, respectively.

Minister for Arts and Culture Christopher Finlayson, presenting the awards on behalf of the Prime Minister said, “This year’s recipients are outstanding writers in their chosen field. The awards are an opportunity to recognise their achievements and the significant impact of their work on the cultural life of New Zealand. The government is pleased to support the awards through the Arts Council of New Zealand.”

The awards are administered by Creative New Zealand.

Creative New Zealand Chair Alastair Carruthers thanked the writers for their continuing contribution to New Zealand literature. “Books have always inspired and transformed the reader.  These three writers are proven as having the power to define us as New Zealanders,” he said.

Writer Peter Wells was also present at the ceremony where his achievements were acknowledged as the 2011/12 Creative New Zealand Michael King Writers’ Fellowship recipient. 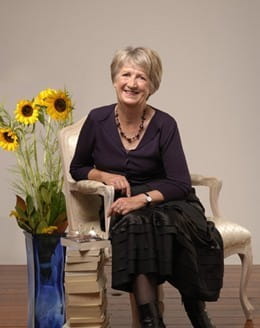 Wellington novelist, poet and short story writer Dame Fiona Kidman has published over 20 books since her first novel was published in 1979.  She began her writing career as a freelance journalist in the early 1960s as well as writing for theatre and radio theatre. Her 1987 novel, The Book of Secretswas a winner of the New Zealand Book Award for fictionand The Captive Wife was runner-up for the Deutz Medal and won the Readers' Choice award at the 2006 Montana New Zealand Book Awards. She was the Meridian Energy Katherine Mansfield Memorial Fellow for 2006, the Creative New Zealand Michael King Fellow in 2008/9 and President of Honour of the New Zealand Book Council. Active in the literary community, she served as the national president of PEN from 1981 to 1983 and as the president of the New Zealand Book Council from 1992 to 1995. In 1988 she founded and ran the Fiona Kidman Creative Writing School, which is now part of Whitireia Community Polytechnic. She was knighted in 1998 for her services to literature.

Wellington historian James Belich is best known in New Zealand for his work on the New Zealand Wars of 1845-72, including a major TV documentary series in 1998. His recent work expands theories derived from New Zealand history to global history, and in 2011 he was appointed Beit Professor of Commonwealth and Imperial History at Oxford University, a position he will move to permanently from next year. His 2009 book Replenishing the Earth: The Settler Revolution and the Rise of the Angloworld 1783-1939 was described in the Times Literary Supplement as "one of the most important works on the broad processes of modern world history to have appeared for years - arguably since Sir Charles Dilke's pioneering Greater Britain ... in 1868".

His earlier books, all award winners, include a two-volume general history of New Zealand: Making Peoples (1996) and Paradise Reforged (2001).

A Rhodes Scholar, he won the 1990 Adam Award for Adam Award, 1990, for "the most significant contribution to literature in the preceding two years"for ‘I Shall Not Die’. Titokowaru’s War. He was made an Officer of New Zealand Order of Merit for services to historic research in 2006. Belich is currently professor of history at the Stout Research Centre, Victoria University of Wellington

Poet Peter Bland has described the first part of his life as “the beginning of a restless journeying between the land of my birth and the country of my adoption”.  He emigrated to New Zealand in 1954 and studied English at Victoria University going on to win the McMillan Brown Prize in Creative Writing. He has published widely as a poet and is well known as a broadcaster, actor and co-founder of Wellington’s Downstage Theatre.  Over a 55 year period he has published 11 collections of poetry, his most recent Coming Ashore released this month. Throughout the 70s and 80s Peter published regular collections of poetry in the United Kingdom and in 1976 was awarded a Cholmondeley Award for his poetry by the British Society of Authors.   A regular poetry critic for The London Magazine, he was twice a major prize-winner for his New Zealand poems in the Observer/Arvon Intenrational Poetry Competition.  He also has published three collections of poetry for children.

The Prime Minister's Awards for Literary Achievement
The Prime Minister’s Awards for Literary Achievement were established in 2003.  Every year, New Zealanders are invited to nominate their choice of an outstanding writer who has made a significant contribution to New Zealand literature in the genres of non-fiction, poetry and fiction. The nominations are assessed by an expert literary panel and recommendations forwarded to the Creative New Zealand for approval.