Craft/Object artists are invited to apply for Talente and Schmuck held in Munich, Germany.

We are hoping to have New Zealand work showcased and Creative New Zealand is committed to sending successful applicants to Germany in March 2013 for the opening. Talente is an excellent opportunity for the best of New Zealand’s young Craft/Object makers to accompany their work to a large and prestigious European venue and help launch their career.

Now in its 32nd year, Talente is held annually as part of the International Trade Fair for the Skilled Trades in Munich, Germany. In 2012, more than 400 applications from 28 countries were received. Of these 99 young artists from 24 countries were invited to show their work, including three New Zealanders, Lynsay Raine (Jewellery), Rebekah Harmen (Textiles), Suni Gibson (Jewellery).

Schmuck is the oldest exhibition of contemporary jewellery work in the world and is open to all ages. It has taken place since 1959 during the International Trade Fair in March. In 2012, 665 applications were received with 65 jewellery artists selected.

Find out how to apply for Talente or Schmuck 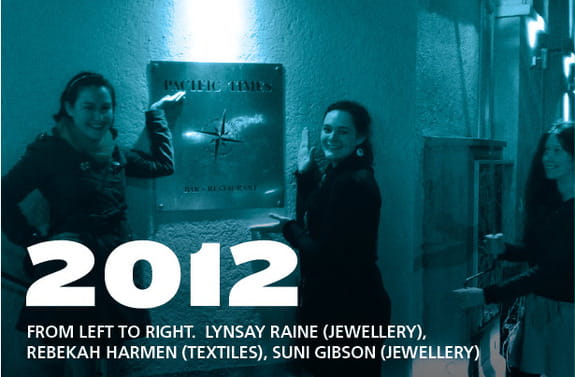