A Boy Called Piano – the story of Fa’amoana John Luafutu, directed by Nina Nawalowalo, recently won Best Feature Documentary at the prestigious Montreal Independent Film Festival. This is its journey from stage to screen.

It was at BATS Theatre in 2019 that A Boy Called Piano - the original stage production directed by Nina Nawalowalo and Jim Moriarty, and written by Fa'amoana Luafutu & Tom McCrory - was first seen, during its critically acclaimed development season. When the 2020 tour was cancelled due to COVID, The Conch sidestepped to tell the story in digital form, first as a radio play, broadcast on RNZ in 2021, and secondly as a documentary feature film.

Nina’s emergence as a film director, after an internationally celebrated journey of bringing Pacific stories to the stage, is an exciting development for The Conch.

Now completed, their debut feature documentary film A Boy Called Piano - The Story of Fa’amoana John Luafutu tells the remarkable story of Fa’amoana’s time as a state ward in the 1960’s and the intergenerational impacts of these experiences. Produced by Katherine Wyeth and Executive Producer Tom McCrory,  the film stars Fa’amoana himself, his son Matthias and grandson’s Tāne and Micah, alongside Aaron McGregor, Tupe Lualua, with a score by Mark Vanilau. 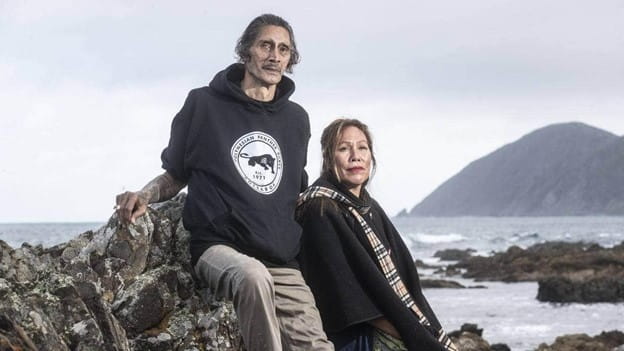 Growing from an eight-year collaboration with Fa’amoana Luafutu and the Luafutu Aiga, the film blends dramatised sequences and powerful interviews with beautiful aerial and underwater photography - translating Nina’s celebrated visual storytelling to the screen for the first time.  During the making of this film, The Conch say it was a privilege to journey with Fa’amoana as he revisited the site of Kohitere Boys Training Centre, where he was detained as a child, for the first time in 55 years.

The Conch was honoured to walk alongside Fa’amoana, Matthias and the Luafutu Aiga as they courageously bring their untold story into the light, fed by the kaupapa healing and  connection directly with survivors - alongside illuminating the survivor experience to a wider audience.

“I began in innocence, new born, a blank page. The story was written, the story of thousands of children, has to be heard. Our History must be faced. May the truth set us free.” - Fa’amoana John Luafutu

The Conch are now pursuing the film’s release through national and international film festivals, prior to the film’s broadcast on Māori Television in 2023, partnering with Bright Sunday to provide access for our Māori, Pasifika, and survivor communities throughout Aotearoa.

The Conch enjoyed early success with their festival roll out. Not only did A Boy Called Piano - The Story of Fa’amoana John Luafutu win Best Feature Documentary in the Spring edition of the prestigious Montreal Independent Film Festival, but the film was also selected for the New Zealand International Film Festival.

The film will be screened in Auckland, Wellington, Christchurch and Dunedin in August this year.

"The true success of these opportunities is that Fa’amona’s story will be seen across the country, his powerful voice for the voiceless will be heard", says Nina.

In October this year, The Conch, in partnership with PANNZ will also be bringing the stage play A Boy Called Piano back for its Wellington premiere and national tour to Dunedin, Oamaru, Christchurch, Hastings and Auckland. This tour will bring the story full circle - from its inaugural stage development season to a journey through the Digital Moana space, and then a return to the live show.

Watch the teaser trailer of the film here!