The past and present lives of Native Americans in New York will be the focus for sculptor Brett Graham (Ngati Koroki Kahukura) as recipient of Creative New Zealand’s visual arts residency at the ISCP (International Studio and Curatorial Program).

Graham will spend four months in the city researching his project, ‘Generation 15’, exploring the impact of the tribes that once occupied the area. His work marks almost 400 years since Manhattan was ‘bought’ for $US24 in 1626.

One of New Zealand’s most accomplished sculptors, Brett Graham is highly regarded for his ability to turn complex historical and cultural ideas into strong sculptural forms. His work embraces the histories of Māori and other indigenous peoples, exploring issues of cultural inequalities, past and present. 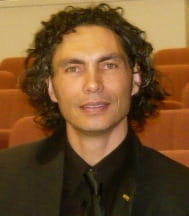 Graham’s work is in major national collections including Te Papa Tongarewa and he has taken part in many national and international exhibitions, such as the collateral programme of the 2007 Venice Biennale, the 2010 Biennale of Sydney and

Sakahàn: International Indigenous Art at the National Gallery of Canada in 2013.

“I am excited to have this opportunity to partake in the ISCP programme, meet artists and curators from around the world and also continue a dialogue with Native American artists that began with the Te Maori exhibition in 1984,” he says.

There were twice as many applications for the ISCP Creative New Zealand Visual Arts Residency this year as in 2012 and many of these applications were of extremely high quality.

For more information on Brett Graham